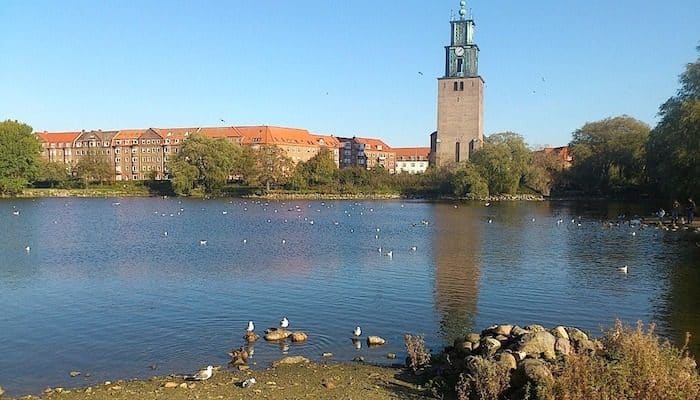 This is a wonderful 7k run, combining three signature Copenhagen parks and some of the lakes. We start in the centrally located Østre Anlæg, a lovely park which was originally the signature city fortification.

The paths are about 1k from north-south. A nice detour is over to the Botanical Gardens (hours vary, entrance is free).

Run the eastern perimeter paths, and then take the Fredensgade bridge over the lakes, and run the paths through Fredens Park and Amor Park. Take a right on Henrik Harpestrengs Vej, into Fælledparken. Enjoy the paths of this park — we do about 2 miles of varied perimeter trails, passing Telia Parken, the Danish National Stadium. Exit the park’s southern end, passing by the Niels Bohr Institute, and use Irmingersgade to get over to the pedestrian bridge crossing the Sortedams Sø (lake). Run along the lake path and use the side streets to head back east to the  Østre Anlæg.

Add-On: Lakes Path. One can run along the lake path for nearly 3k in each direction.