Søndermarken and Frederiksberg Have 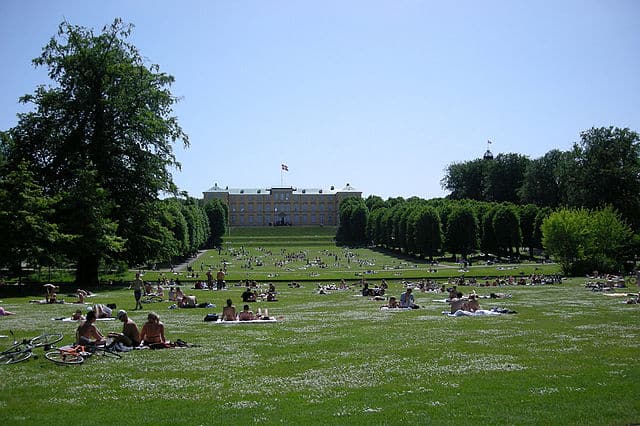 Søndermarken and Frederiksberg Have are two lovely and adjoining parks about 4km west of central Copenhagen, covering a combined 64 acres. Søndermarken is a 300 year old park, with landscaped grounds and a hill, which is a good opportunity for runners in this otherwise flat city. At the southern end of the park is a zoo and Carlsberg brewery. Park highlights include

great lawns, memorial mound (hill), which was established by Danish-Americans, and cisterns that were once water reservoirs that ensured Copenhagen with clean water. The trails are a combination of open and wooded. There’s a fitness trail at the western end of Søndermarken.

Sister park Frederiksberg Have features a cave, a Chinese pavilion, a temple and a waterfall. The park highlight is Frederiksberg Gardens,  English-style Romantic landscape garden with winding paths, canals, lakes, small islands and magnificent trees.. There’s even a ‘rope ferry’ to Duck Hill Island. The flat, wide paths flanking the surviving sections of the Prince’s House are great for fartleks. Or, run up the hill to the castle!

We don’t proscribe a specific route here. One can easily put several km of running in the two parks. It is about 1.5 km from north-south through the two parks, and about 1 km east-west. A loop around the perimeter paths is ~5k.