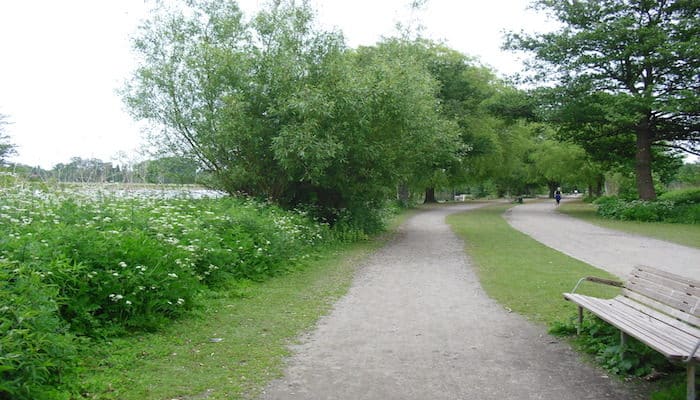 Utterslev Mose (Utterslev Boglands) is a series of three lakes in a natural area, about 6km north of Copenhagen. The lakes have been used as a drinking supply for the city and as a fortification. It has been a park since the 1920s, and in addition to its trails, it is birding heaven.

There is a wonderful series of trails around the lakes. Running all three lakes is just short of 9km. There are a few sections where one has to go on the road, but it’s pretty clear and well signed. The paths are not paved. There are views of the water for some of the time, and in the woods at other times. The area is very flat.

Easiest access from Copenhagen is the S-Bahn (train) to Emdrup Station.