No Thanks
Córdoba, Spain 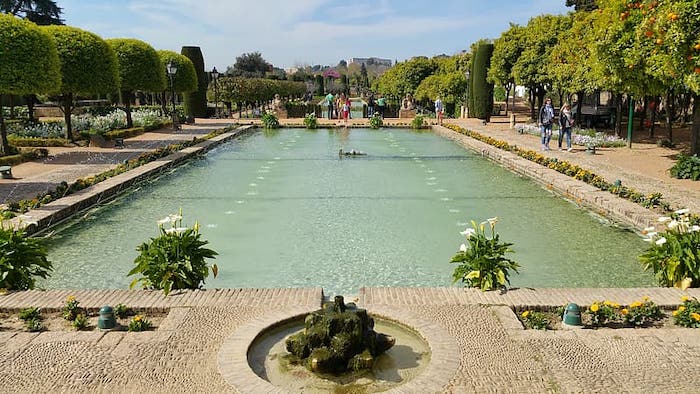 We’ve put together a Córdoba highlights route, which hits many of the key sites in the city’s compact center (Centro) in a ~5 mile run. We note that the heart of the historic center is a maze of narrow streets, so there are lots of ways to vary the route. We start symbolically at the ancient gate to the city near Plaza del Escudo. Head east into the historic center, passing the San Nicolás de la Villa church and Teatro to the Plaza de las Tendillas. Continue east along Alfonso XIII to the Roman Temple and then turn south at the Jardines Huerto de Orive, to the 17th-century Plaza de la Corredera. Continue south to the river, and at the 2 km mark, head west for 1 km along the river path past the Roman Bridge to the Alcazar and run in its lovely gardens. At the San Rafael Statue (rotary), turn RIGHT, headed north through a series of parks for 1.5 km. Exit the Jardines de la Agricultura and head east for a 1 km loop to the Palacio de la Merced and its gardens, then complete the route by returning on Av. Ronda de los Tejares.

Add-Ons: Choose a section of our Guadalquivir River route for a longer run. You can also add more through the maze-like streets of the historic center — best to go early to beat the crowds! Also, the Parque de la Asomadilla is 2 km north of Córdoba Centro.

An attractive 10k route focusing mainly on the paths along the Guadalquivir River, including the Parques de... more...