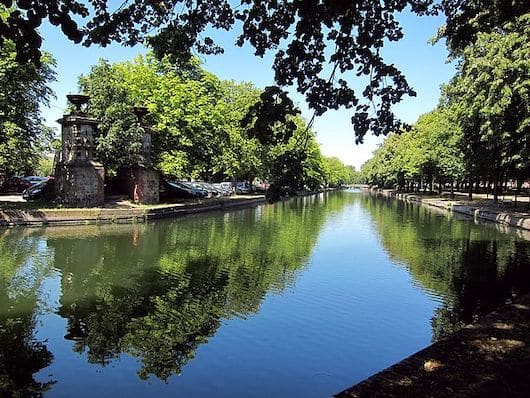 The Deûle River courses through Lille, and there are several ways to run it.  We’ve created two routes: one in central, historic part of Lille, and the other north of the D652 highway, where gravel paths run along the river for many km. For our central Lille route, there’s a nice river loop that can be started at the Citadelle. Some sections are paved and some sections are gravel.  There are options in sections to run on either side of the river, with numerous small bridge crossings. Great views of the water and Vieux Lille. Bonus: nearly all the paths are well-lit! 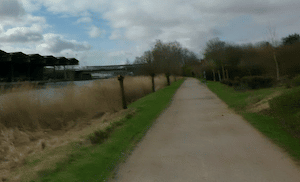 Starting at the Écluse du Grand Carré, run south on the east side river path, for 1.2 km. Cross over at Passerelle Edmond ORY, and then back over, so you can run on the path paralleling Rue de Bois Blancs and the Quai de l’Ouest, doing a ~4.5 km loop around the Quai. To make this a fun loop, for the return section, run on the canal path on the east side of the Citadelle. Note there are many ways to vary this.

Longer Run: You can continue on a gravel path along the river north of the Citadelle for 2.5 km to the D48 road. That would add 5 km out and back. Note that there’s a gap of ~2 km between the D48 and where our northern river route picks up.

Add-Ons: Numerous options to vary or add on with paths along the river and canals in central Lille. Of course there are also the Citadelle paths!

Share:
Essentials
Route Map: Main Loop Add-On to D48, Out and Back