The Best Places to run in the Lille metro area, including Roubaix 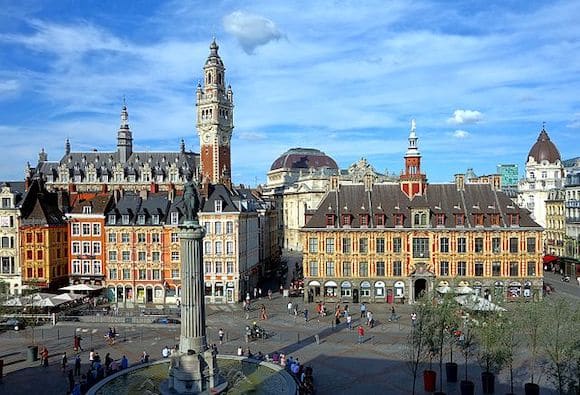 Lille is the fourth largest urban area in France and is capital of the Hauts-de-France region. It’s located in the ‘French Flanders’ region, on the Deûle River, near the Belgian border. The highlights of running in Lille center on its impressive Citadelle, paths along the Deûle, and some nice parks.

A great way to get oriented is to start with our Lille ‘runseeing‘ tour, which showcases the city’s key sights, botanical gardens, Parc Henri Matisse, and a part of the Citadelle. The Citadelle itself is one of the best places to run in Lille, featuring three concentric circle paths and great views. There are also some nice paths along the Deûle River, including a nice central loop and an additional route north of the city. A few km east of Lille, enjoy a run incorporating Parc du Héron and other area paths. We’ve also included some routes in Roubaix, notably the Parc Barbiueux and lovely paths along the Canal l‘Espierres.

Lille is very easy to get around and all our routes are easily accessible from the city’s modern transport system which consists of a metro, light rail, and buses.

Some of our favorite runs in Lille-Roubaix, France 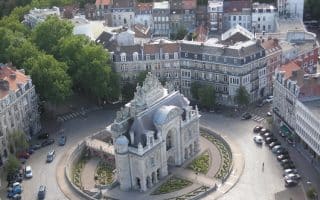 A great way to explore the city's highlights on a run. Our mapped route covers many of the main sites of the city center and the historic old city. Spectacular buildings, impressive squares, Botanic Gardens, Parc Henri Matisse. Options for shorter and longer.
Explore 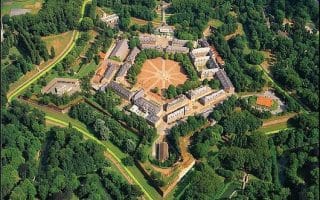 An iconic and memorable run. Enjoy a loop around the concentric circle paths of a fortified city wall built between 1667 and 1670. Now a park, the inner, middle, and outer loop paths make for a ~10k, with options for more. Mainly open terrain, with great views.
Explore 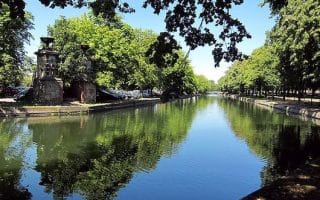 Lovely paths along the Deûle river and canals in central Lille. Our 8.5 km loop showcases the paths south of the Citadelle around the Quai de l'Ouest, with great views of the water and Vieux Lille. Can extend for 2.5 km north of the Citadelle to the D48.
Explore 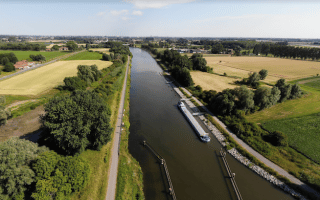 A pleasant run along the Deûle River headed north from Lille. A gravel path along the east side of the river goes for many, many km, as far as the Belgian border and beyond. We've mapped up to 10.2 km. Some nice water views, and an increasingly pastoral landscape.
Explore 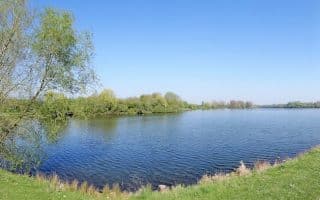 A terrific route a few km east of Lille, combining the city's largest park, path to a 17th century Château, and the fields and running track at the Stadium Lille Métropole complex.
Explore 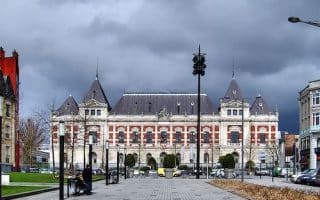 Roubaix is part of the greater Lille area and has some nice running routes. Best bets fir running are the linear Parc Barbieux, paths along the Quai that continue for many km east along the Canal de l‘Espierres, and long-distance paths along the Leie River.
Explore

An iconic and memorable run. Enjoy a loop around the concentric circle paths of a fortified city wall built between 1667 and 1670. Now a park, the inner, middle, and outer loop paths make for a ~10k, with options for more. Mainly open terrain, with great views.
Explore

Lille has an oceanic climate more typical of northern Europe, with mild summers and cool winters. Summers temperatures rarely get hot, with average highs in the 23C (low 70sF) range and cool nights. Winters are overcast and cool but rarely frigid, with daytime temperatures typically in the 6C (mid-40sF) and nights just above freezing. The 740mm (30 inches) of annual precipitation is well spread out through the year.

If you stay in the city center or near Vieux Lille, there’s good access to our favorite places to run in Lille such the Citadelle and Deûle river routes.

This is a good calendar of running events in Lille and the Hauts-de-France area.

The signature annual running event in Lille is the Lille Metropole Half Marathon, generally held in early September.