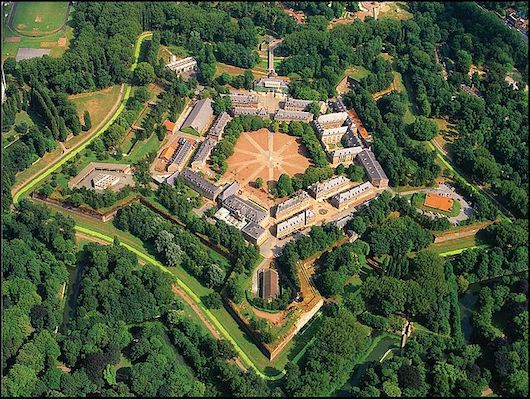 The Citadelle de Lille, is the fortified city wall designed by Sébastien Vauban between 1667 and 1670. Now a city park, it’s a centerpiece of Lille and a great place for a run. It’s fun to at least do a loop of the three main perimeter paths — sort of an inner, middle, and outer loop, which added together are nearly 10k! They’re almost like long running tracks. The terrain is mainly open, and there are great views from the higher paths. The inner path around the moat is the Voie des Combatants, and clocks in at nearly 2 km. The middle loop is the 2.6 km Allée du Train de Loos. The outer perimeter is ~4 km, and follows the Deûle River and a smaller canal on the east side. At the eastern end of the Citadelle, the Esplanade Champ de Mars, a major gathering spot for events in Lille.

From the outer loop, we also recommend adding in the ~1 km of paths around the gorgeously landscaped Jardin Vauban, a classic English garden created in 1863.

Add-Ons: Add on with our Deûle River run.