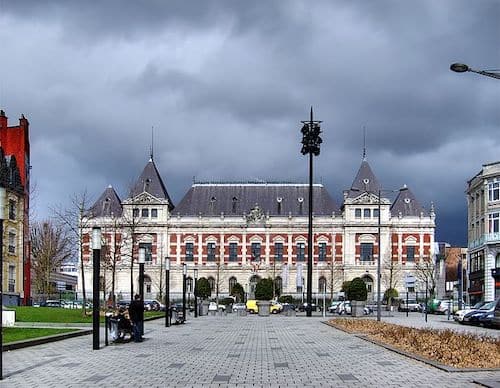 Roubaix, near the Belgian border, is considered part of the greater Lille metropolitan area. There are some good running options, including some longer-distance options on paths along the Leie River and Canal de l‘Espierres. Some of our recommendations for running in Roubaix: 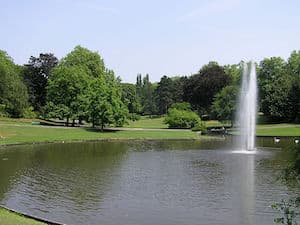 Parc Barbieux. A 64-acre linear park between Lille and Roubaix makes for a nice run. It’s a nice green spot, with some water features and attractive paths. A loop around the perimeter is ~3 km, with additional paths for more.

Quais and Canal de l‘Espierres. The Canal de l‘Espierres extends east from Roubaix to the Belgian border. The gravel path is right alongside the canal, offering some nice water views and a pastoral landscape. Great for a flat, long-distance run…but it can get a bit monotonous. Our mapped route starts in central Roubaix with 2-3 km of attractive Qaui (waterside) paths, then headed east for up to 14 km to Spiere. For more, continue north in Belgium on paths alongside the Scheldt Canal. ROUTE MAP 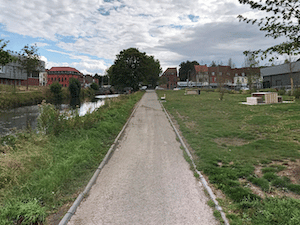 Leie River Paths. A continuation of the Deûle river path that starts in Lille, the Leie River runs northeast of Roubaix and has a gravel path alongside that goes for many, many km into Belgium, to Kortrijk and even further.