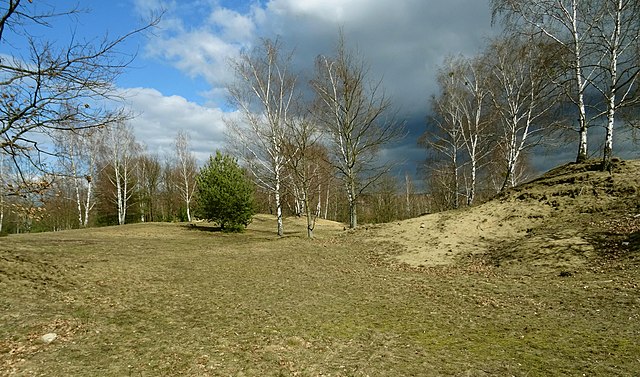 This is an exploration of a couple of parks and viewpoints in the northern section of Neustadt, and then some trails around the Hellerberge. For those who a shorter run, you could do a nice 5k just within Hellerberge.

Start in Alaunplatz park at the tram stop, and run north through this pretty park to the grounds near the Military Museum. Turn LEFT on Fabricestraße to do a short loop on the dirt paths to the Hellerblick vista point, which has great views of Dresden. Just north of there, passing through the residential/community garden area of Hellersiedlung, enter the Hellerberge, which has a nice series of paths where you can easily do a loop 3-4 km. Return, approximately retracing your steps.

Options: You can shorten the run by starting closer to the Hellerberge, near western end of the Dresden Heath. Can also combine the Hellerberge with Dresden Heath for many km of trail running, or the more tranquil paths in Albertpark, just to the east.

It's worth the 1/2 hour drive or 45-minute bus ride to run the spectacular, park-like grounds of... more...