No Thanks
Guayaquil, Ecuador 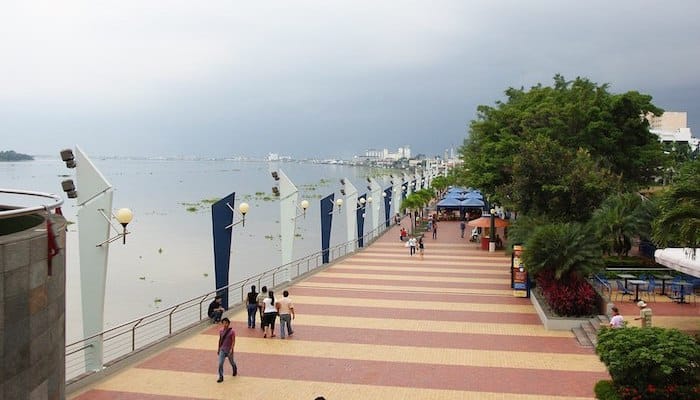 Malecón 2000 (also known as Simón Bolívar promenade) is a much-celebrated urban renewal project, not only in Guayaquil, but worldwide. This scenic brick-paved walkway stretches for 2.4 km in between the Simon Bolivar road (Avenida 12) and the Rio Guayas. The south end starts from the Criminalistica Guayas building off of Leon de Febres Cordero. Then, the path runs north along the waterfront cafes and shops, through the Jardines del Malecón, to the Museo Antropologico y de Arte Contemporaneo. Runners will pass several of Guayaquil’s best landmarks along the way, including the Moorish Tower, La Rotunda, and other monuments. It’s also an easy detour to the Catedral Metropolitana De Guayaquil and other architecturally intriguing buildings. If a ~5 km run is too short for your liking, continue your run towards Cerro Santa Ana or run across the pedestrian bridge to Isla Santay.

Run the boardwalks of the Isla Santay National Recreation Area, accessible via pedestrian bridges from Guayaquil. The... more...

Enjoy some hill work on the steps of Cerro Santa Ana, then extend your route on the... more...