No Thanks
Hamilton, Ontario 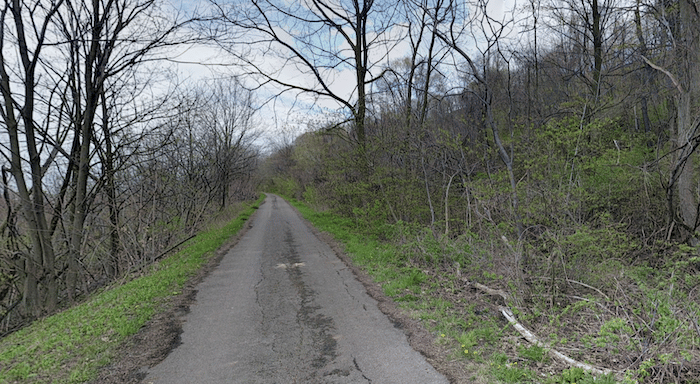 This is a neat run on a path along the Niagara Escarpment, with an opportunity to get the heart rate up on a series of stairs that lead to downtown. The Niagara Escarpment runs up to 250m high and divides Hamilton’s upper and lower parts. The Escarpment Rail Trail is a multi-use path (some paved, mainly gravel) that runs along the escarpment for 8.3 km from Corktown Park near downtown and Albion Falls. There are nice views to both downtown and the lake. Bonus: the stairs (but not the path) are lit at night.

Along the trail, there are several stair paths that connect to downtown. Get your heart rate up by doing these stairs! Working your way from west to east: Wentworth/Escarpment Stairs (498 steps), Kenilworth Stairs (228 steps), Mountain Brow-Margate Stairs (380 steps), and Uli’s Stairs (305 steps). Doing all totals 1411 steps (x2!).

Just shy of the 7 km mark at the eastern end is Mohawk Sports Park, which features a great running track.

Add-On: For an even longer run, can combine with the western falls/stairs route, using the Chedoke Rail Trail, and add another 1,200 stairs!

A scenic escarpment path, four waterfalls, and stair paths with 623 steps all in one run! The... more...