No Thanks
Helsingør (Elsinore), Denmark 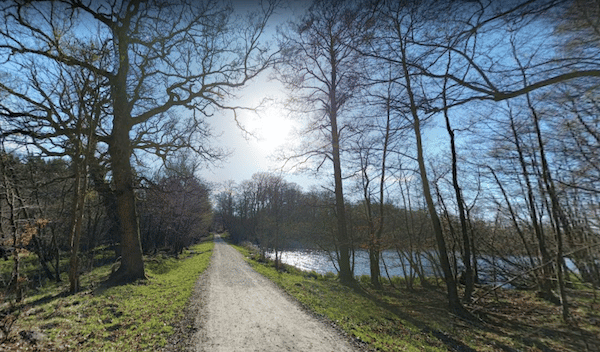 Just north of Helsingør, there’s an extensive network of forest paths, combining the “Helsingor Forest playground” and the Skovsted hiking area. We’ve mapped a big loop, but we recommend using this as a guideline to create your own route.

A good place to start is at Udkigspost Park, just north of the centre. Run north on a path for ~2.5 km, into the area of the Helsingor Forest Playground. Do a ~1.5 loop through the forested paths, exiting at the north end to take the path that runs between Kobberdam & Videløkke Dam lakes.

This next section is a loop around the paths of the Skovsted hiking area. These are wide gravel paths with good footing, passing through wooded sections and around small lakes. Very peaceful running! A loop around this area is ~6 km. Do the perimeter west, and then come back on the path that runs between Klaresø & Sortesø lakes, exiting Skovsted on the path that skirts the western edge of the Helsingør Golf Club. Rejoin the first 2 km of our route for the return.

A spectacular run in Helsingør, featuring a loop around Kronborg -- the 16th-century waterfront castle that's the... more...