No Thanks
Inverness, Scotland 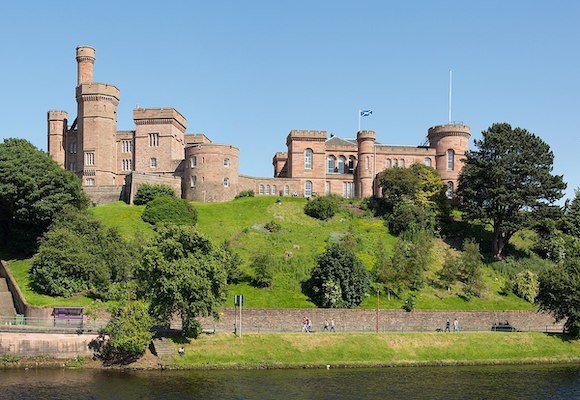 Here’s a route in central Inverness that has it all: Paths along the River Ness, the Ness Islands, and several lovely parks. It’s a great mix of waterfront paths, parks, gardens, fields, woods, bridges, a castle, and a running track.

Start in central Inverness at the Great Glen Way on the east side of the river, near Bellefield Park, War Memorial and viewpoint. Head south along the Great Glen Way path along the River Ness, crossing the small pedestrian bridge to the Ness Islands, which feature tree-lined walking paths linked by several bridges. It’s about 1/2 mile to the end. Cross back over to the west bank of the River Ness using the Ness Bank Footbridge, and run through Whin Park/Canal Park, which sit between the River Ness and the Caledonian Canal. Continue for 0.5 miles on the path between the river & canal to the end, then retrace your steps, continuing on the east bank of the Canal to the Botanical Gardens. This area is also the site of the Inverness Leisure Center, with a running track and numerous indoor & outdoor sports facilities. Continue through the fields of Bught Park Pitches, and then finish the run with a ~1 mile River Ness loop down to the Ness Brdge, returning on the Great Glen Way, passing the Inverness Castle.

Add-Ons: Can add Torvean Park (site of a Parkrun) from Canal Park, using the Queens Park roundabout. Also additional paths in the parks, the Castle grounds, and paths along the River Ness & Caledonian Canal.