Also includes some routes in the popular Loch Ness destination 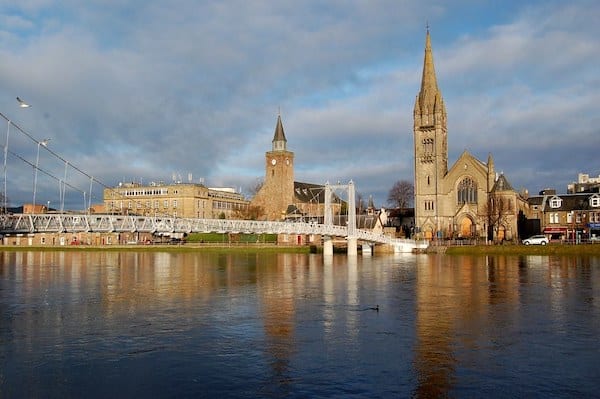 Inverness, regarded as the capital of the Scottish Highlands, is the northernmost city in the United Kingdom. It’s a geographically attractive setting, sitting at the mouth of the River Ness. There are some lovely spots for running in Inverness, centered on paths around the River Ness, the Caledonian Canal, and several centrally located parks. We’ve also included some running options in the popular visitor destination of Loch Ness are in Drumnadrochit, located 15 miles south of Inverness.

For a great overview of the best places to run in Inverness, start with our Inverness Grand Tour, which hits the Great Glen Way along the river, the Ness Islands, several parks, and a section of the Canal Path. For more, explore additional paths along the River Ness, and 6+ miles of scenic paths along the Caledonian Canal — the section toward Beauly Firth is especially scenic. For some variety, head just east of the city to explore trails in the Culloden Woods and the historic Culloden Battlefield.

Some of our favorite runs in Inverness, Scotland

This route in central Inverness that has it all: River Ness & Caledonian Canal paths, Ness Islands,... more... 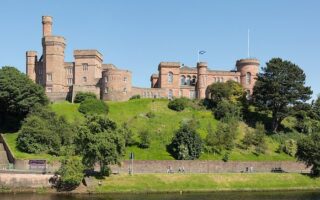 This route in central Inverness that has it all: River Ness & Caledonian Canal paths, Ness Islands, parks, gardens, a castle, fields, woods, bridges, and a running track.
Explore 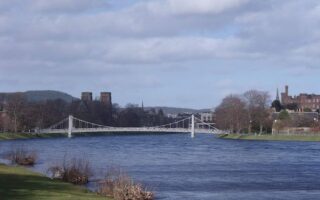 A lovely run along paths on both sides of the River Ness, including a loop around the Ness Islands. Good water views & several Inverness sites. Main loop is 4 miles, with good add-on options.
Explore 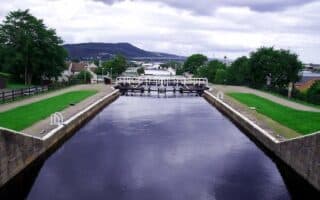 Several miles of pleasant gravel paths for running alongside the Caledonian Canal. Particularly scenic is the direction south to Moray Firth. The path also goes for several miles north to Dochgarroch Locks.
Explore 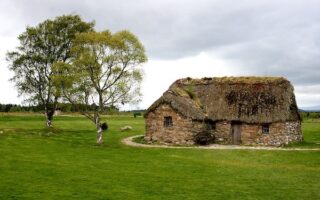 A nice run with scenery and history, combining trails in the Culloden Woods with paths around the historic Culloden Battlefield -- a site very much worth visiting. Just east of Inverness.
Explore

This route in central Inverness that has it all: River Ness & Caledonian Canal paths, Ness Islands, parks, gardens, a castle, fields, woods, bridges, and a running track.
Explore

Inverness has a cool oceanic climate, given its northerly location in the UK. A layer can be required at any time of year! Summers are cool, with average highs only in the mid-60sF (19C). Nights dip into the low 50s. Winters are cool, overcast, and damp. Average daily temperatures are in the mid-40s, and nights are just above freezing. Note that the winter months feature very little sunshine, and the sun sets early. By contrast, enjoy the late evening runs of the northern European summer!  Even though it’s a cloudy climate, the average rainfall is only 29 inches (755mm).

For a relatively small city, Inverness is blessed with a good selection of running & outdoor gear stores.