No Thanks
Istria, Croatia 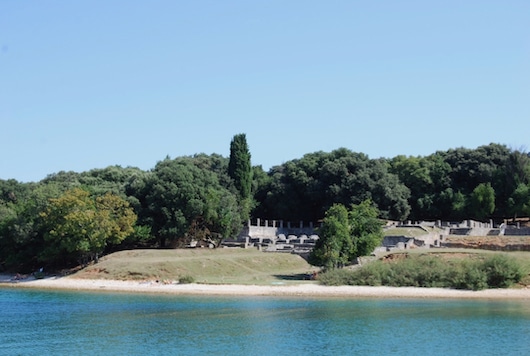 If you have the opportunity, we highly recommend a run on Veliki Brijuni, the largest of the 14 islands forming Brijuni National Park. It’s 20 minutes away via ferry from Fažana. The picturesque island has been attracting people since ancient times for its natural beauty, diversity, and tranquility. The Romans once populated these islands, and Veliki Brijuni was once the private residence of the President of former Yugoslavia, Joseph B. Tito. On the island there are close to 700 indigenous plants and over 200 species of birds along with extraordinary Roman ruins.

For runners, there are miles of gorgeous, relatively traffic-free running, blending the fresh Mediterranean air, unique fauna and flora, and ancient Roman villas and ruins. The park map showcases several trails and possible running tours. Our top recommendation is the 13 km (8 mile) road following the perimeter of the island, labeled as a bike tour on the map, with good directions. There are other recommended loops and roads, which can be an add-on, separate run, or shorter version of the perimeter loop.  On the island’s west coast, the Byzantine castles and the Basilica of St. Mary showcase the existence of 16th century settlements. The most significant of the Romain remains are located in the Bay of Verige, part of which were found temples to the god Neptune and the goddess Venus. Other sights include a beautiful 1500 year old olive tree, one of Europe’s first golf courses, and a safari park.

Brijuni Island is accessible via an organised tour from the mainland of Fazana. Another way to run the island is to have an overnight stay at one of the four hotels Neptun, Brijuni, Carmen, or Villa Lovorka. For more information visit the National Park of Brijuni website or a local a local tourist agency in Istria.

A scenic waterfront run of up to 10 km between Stoja Beach and Verudela. There are special... more...