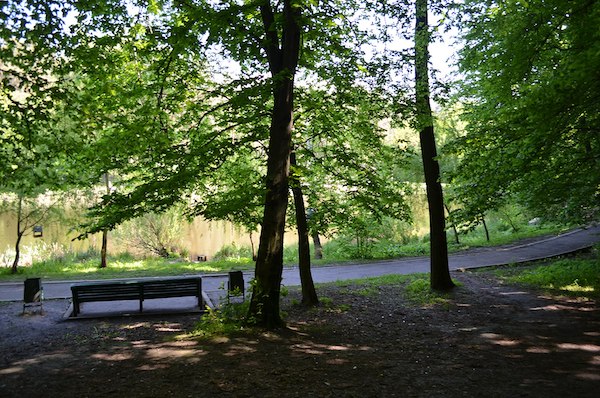 Holosiivskyi National Natural Park is one of the few national parks in the world located within a city. The sprawling area features  combination of paved paths and dirt/gravel trails through a forest steppe landscape and passing numerous ponds. It’s located 12 km south of central Kyiv. There are many options for running here, with something for all abilities. There are map kiosks near the park entrances.

Since there are so many trials (not all of them named), it’s challenging to map a specific route. As a guideline, we’ve created a 10k loop that starts near the Expo Center, then uses trails to head southeast to the Observatory in the middle of the park (2 km), then turning north for 3 km to the area of the ponds, which also has a ski slope and a small amusement park.  Another popular option is the 2.7 km Eco-Trail in Holosiivskyi Forest, the central part of the Park.