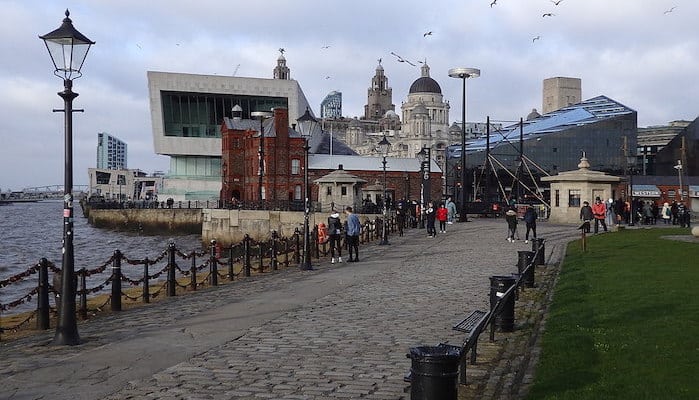 Running routes don’t get much better than Liverpool’s Royal Albert Dock. From flat waterfront quays to historic sites, this centralized route along the River Mersey has it all — plus plenty of options for variations and extensions! A good starting point is James Street train station. Run toward the river, passing George’s Dock to arrive at the Naval Memorial Waterfront Liverpool. Turn RIGHT to head north along the waterfront path towards the iconic Fab Four (Beatles) statue, the Three Graces building, and Princes Dock. At the northern edge of Princes Dock, turn back along the Prince’s Parade path and head south. Pass the Mersey Ferries, the Museum of Liverpool, and the Pilotage building, then cross over the Canning Dock to Albert Dock. Highlights include museums, the Liverpool Mountain sculpture, Ferris wheels, and arenas. We recommend continuing south to the point on Kings Parade, then doubling back on the opposite side of the docks. A full loop around the area is about 9 km. Combine with our Runseeing Tour or Otterspool Promenade route for more options.