A Comprehensive Guide to the Best Places to Run in Liverpool 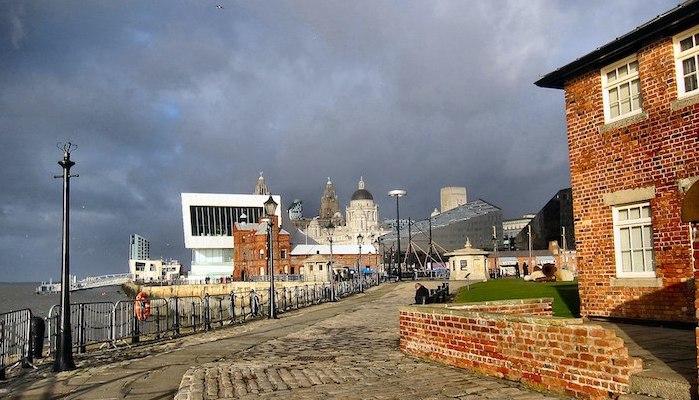 Liverpool is one of England’s largest cities and metropolitan areas, situated on the banks of the River Mersey just north of Wales. This port city is famous for its football clubs and as the birthplace of legendary rock group The Beatles. It’s a wonderfully diverse community with fascinating architecture and a wealth of parks,  green spaces, riverfront paths and coastal promenades. Running in Liverpool is rich and varied, backed by an enthusiastic running community. Note: If you’d like to have a guided running experience in Liverpool, we highly recommend our affiliate partner Go! Running Tours.

The best places to run in Liverpool are along the city’s waterfront promenades, most notably the Royal Albert Dock, the Otterspool Promenade, Crosby Beach Coastal Park, and the Wirral Circular Trail. There are also some fantasticparks for running, including Rupert Lane Recreation Ground, Sefton Park, Newsham Park, Calderstones Park, and Rimrose Valley Country Park. For those who want to stick close to downtown and see the sites, our friends at Natterjack Running have outlined an exceptional 7km ‘Runseeing’ Tour. For a long run close to the city’s center, the expansive Trans Pennine Trail is the best bet.

While Liverpool is a pedestrian/runner-friendly city, public transportation makes it easy to get around. The MerseyRail Train system runs between 68 stations in greater Liverpool and the Wirral Peninsula. The Mersey Ferries also travel across the river, and taxis and the MerseyTravel bus system can help fill in the gaps.

Some of our favorite runs in Liverpool, England 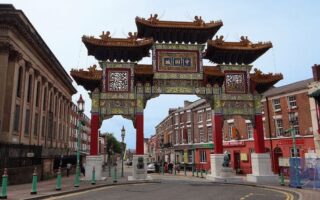 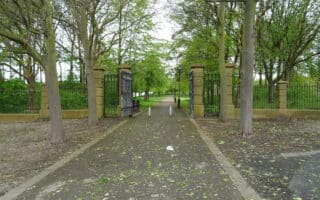 Hilly | Parks
Rupert Lane Recreation Ground is a grassy linear park in central Liverpool with lovely paths and a good spot for hill training! Combine with a run to Stanley Park for more distance.
Explore 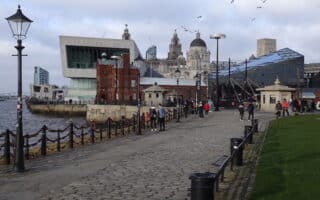 Along the Water | Great Views | Historic / Tourist | Iconic | Multi-Use Trails | Classic River Paths
The Royal Albert Dock is a sight unto itself, and the many waterfront promenades here pass by statues, museums, and tourist attractions of all stripes. Do a loop or combine with the Otterspool Promenade for a long run.
Explore 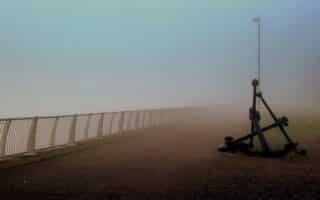 Along the Water | Multi-Use Trails | Parks | Classic River Paths | Near Airport
Wonderful waterfront running in the southern part of Liverpool. The Otterspool Promenade multi-use path stretches for 6 km along the River Mersey. Additional waterfront paths at the Speke and Garston Coastal Reserve, and between Pickering Pasture and West Bank.
Explore 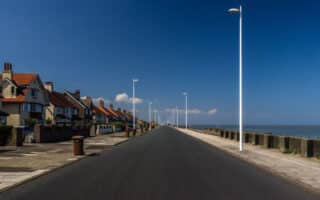 Along the Water | By the Beach | Great Views | Multi-Use Trails | Seaside Promenades
The Wirral Circular Trail is a 35 mile circuit around the Wirral Peninsula, the rectangular spit of land that sits due west of Liverpool. We’ve pointed to some of the best running highlights on the peninsula.
Explore 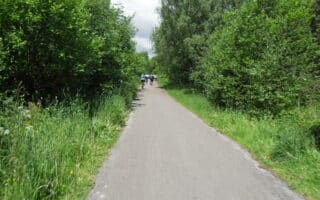 Multi-Use Trails
The 346 km Trans Pennine Trail stretches coast to coast across England, hitting some of the top historic cities and sights along the way. About 17 km of paved pathway runs right through Liverpool, between New Hall and Speke.
Explore 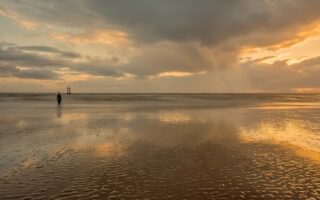 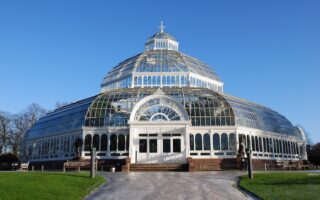 Parks | Iconic Parks
This 200 acre park has miles of meandering asphalt pathways around the lakes and fields. We’ve mapped a 5k highlights loop. Good add-ons with Princes Park and a detour to the famous Penny Lane!
Explore 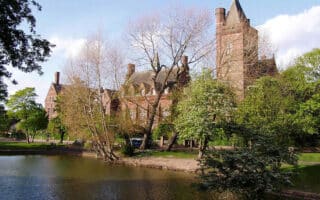 Parks
Newsham Park is a 121 acre Victorian-era park in the east of Liverpool, near Fairfield. A loop around the park is 3.5 km, but the surrounding neighborhood is also great for exploring.
Explore 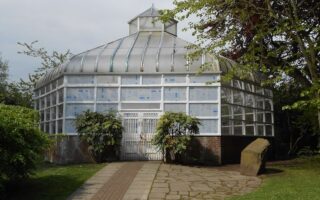 Parks | Arboretum/Botanical Garden | Fantastic Neighborhoods
Calderstones Park is the homebase of the Mossley Hill Running Club. We’ve mapped a 5 km tour of the park, but feel free to branch out into the surrounding neighborhoods of Childwall and Woolton. Bonus: see Strawberry Field!
Explore 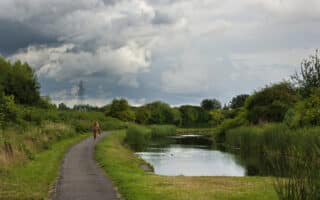 Along the Water | Multi-Use Trails | Parks
The towpaths of the Liverpool and Leeds Canal span far enough to satisfy any long distance runner. Our favorite section is through Rimrose Valley Country Park in northern Liverpool.
Explore

Along the Water | Great Views | Historic / Tourist | Iconic | Multi-Use Trails | Classic River Paths
The Royal Albert Dock is a sight unto itself, and the many waterfront promenades here pass by statues, museums, and tourist attractions of all stripes. Do a loop or combine with the Otterspool Promenade for a long run.
Explore

Liverpool experiences a typical British maritime climate, with cool winters and mild summers. It never gets very hot, with average summer high temperatures near 20C (high 60s), and cool nights. Winters are influenced by the maritime location, with average high temperature in the 7C range, with nights dipping to near freezing. Although there can be lots of overcast and wind, the rainfall only averages 836mm (36 inches) annually and is evenly spread throughout the year. 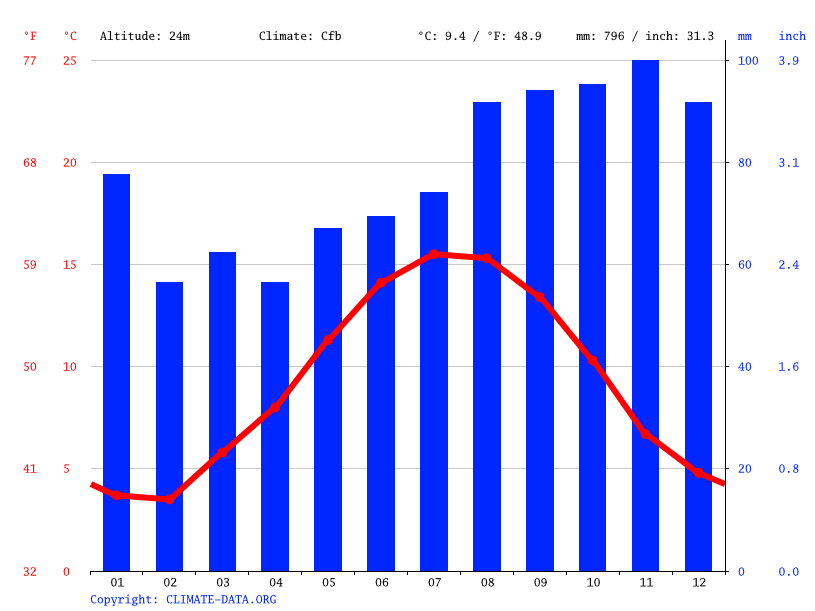 There are a number of hotels close to downtown Liverpool and the waterfront. You can find a list of accommodations at VisitLiverpool.com.

Runners Need, the terrific UK running store chain, has a location in Liverpool

Natterjack Running is another great running store in Liverpool, providing expert advice and a wide selection of gear.

Other local stores include RunCoolLTD, The Runners Hub, and SportsDirect.

There is a huge selection of running clubs in the city of Liverpool. Depending on which neighborhood you visit, you can find group runs with the Dockside Runners, Liverpool Running Club, Liverpool FrontRunners, Pennylane Striders, and Mossley Hill Running Club.

There are numerous running events in Liverpool. Some of the top races include the Liverpool Half Marathon, the Wirral 10 Mile and 10k, and the Mersey Tunnel 10k. Check out BTRLiverpool for more upcoming events.