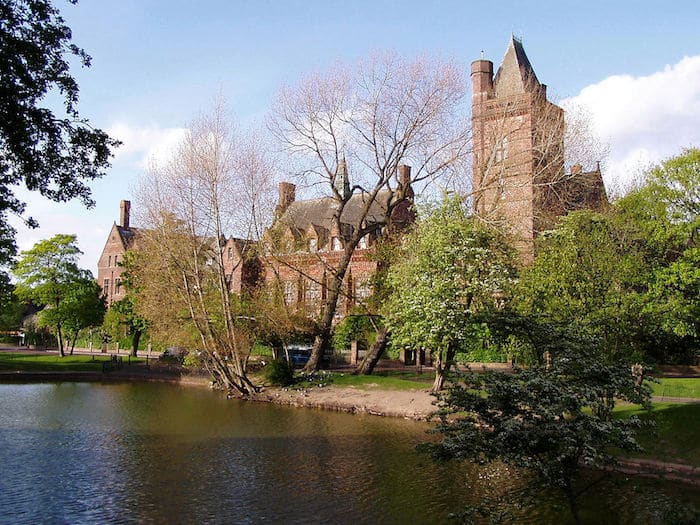 Newsham Park is a 121 acre Victorian-era park and garden located east of Liverpool, near Fairfield. Most of the park consists of large, sprawling lawns, but there are also some fantastic paved pathways throughout space. A loop around the entire park is 3.5 km, utilizing Gardner’s Drive, Orphan Drive, Newsham Drive, Judges Drive, Prescott Drive, and Lister Drive. There are also several interior paths, but runners won’t want to miss the views of the landmark buildings and the incredible surrounding neighborhood, including the former Seaman’s Orphanage (now Newsham Park Hospital).