The Best Places to run in Agra, in the state of Uttar Pradesh 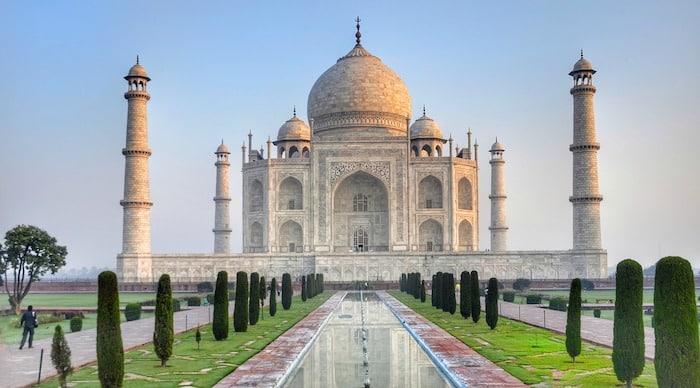 Agra a city on the banks of the Yamuna river in the Indian state of Uttar Pradesh. It’s a major tourist destination, known for the Agra Fort and Taj Mahal, both UNESCO World Heritage sites. Like many Indian cities, the congestion, air, and heat are factors affecting the situaiton for running in Agra. Aside from the area around the Fort and Taj, there are a few small parks featuring jogging trails.

The best place for a run in Agra, and a memorable one at that, is our ‘runseeing’ tour including a loop of the Fort, Taj Mahal Garden, and Shahjahan Park. This can be a full ~12k route, or done in segments. Paliwal Park,  Company Park, and Taj Nagri Phase 2 Zonal Park each jogging paths, though a few laps are needed to make for a run of decent length. For a road run option, get up early to beat the heat and traffic for a run on The Mall Road.

Runners should note that Agra’s heat is oppressive, with temperatures in the 38-42C range from April through July. Also, the air quality can be poor.

Some of our favorite runs in Agra, India 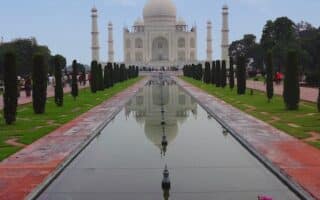 Historic / Tourist | Iconic | Estates and Castles | Runseeing
A memorable 12 km 'runseeing' tour of Agra, which is also the best run in Agra: Agra Fort, Shahjahan Garden, and Taj Mahal Park, with its majestic approach to the Taj Mahal. Nearly all off-road.
Explore 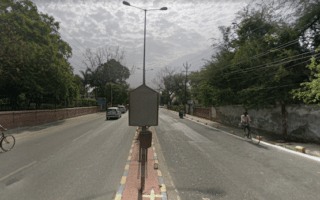 Parks
Not exactly scenic, but The Mall Road is one of the only spots for a safe, longer road run in Agra. It's 5 km from the Railway Station to Highway 62, passing small parks, offices, and Agra sites. Company Park is a good add-on. Go early to beat heat & traffic!
Explore 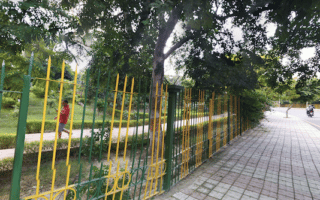 Parks
Paliwal Park is one of the nicer green spaces for a run in Agra outside the Taj/Fort area. The park is located in the Civil Lines area, near the Prateek Tower and Ashok Cosmos Mall. This 70-acre park features paths for walking & jogging and is quite verdant. A loop is ~1.5 km.
Explore 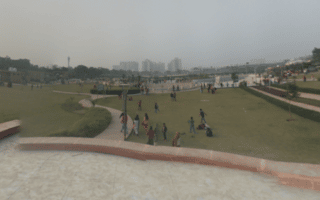 Parks
This park, located in the Basai part of Agra just south of Highway 62 road, is a decent green space for a run. The ~1 km of jogging paths form a loop around a grassy expanse and a tiered seating area. You'll have to do a few laps to get in a decent run!
Explore

Historic / Tourist | Iconic | Estates and Castles | Runseeing
A memorable 12 km 'runseeing' tour of Agra, which is also the best run in Agra: Agra Fort, Shahjahan Garden, and Taj Mahal Park, with its majestic approach to the Taj Mahal. Nearly all off-road.
Explore

Agra’s climate is a major factor for runners. Except for a couple of winter months, the heat is oppressive. Daytime temperatures average 32C or higher except November-February, reaching 42C in May & June. Summers months are also very humid. Most of the city’s average of 725mm (29 inches) of annual precipitation falls between June and September. November-February are drier and milder, with more comfortable daytime temperatures and even cool-ish nights!