A guide to the best places to run in Alexandria 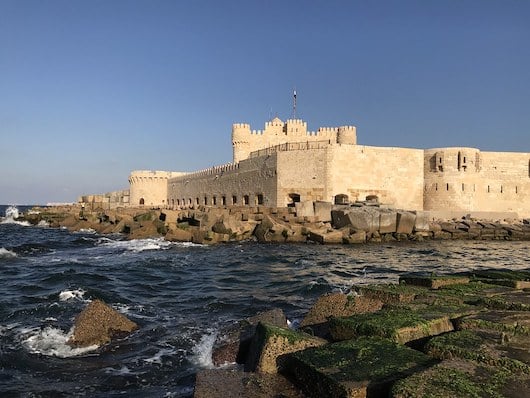 Alexandria is the third-largest city in Egypt. It’s a major visitor destination, owing to its history, and location on the southern coast of the Mediterranean in the Nile delta. Alexandria is also a major commercial center. Most of the running in Alexandria is centered on the Corniche, though there are some other waterfront paths, beaches, and small parks.

The best place to run in Alexandria is to choose a section of the Alexandria Corniche, which runs for 21 km from the Citadel to the gate of the Montaza Palace. There’s also a nice run around the grounds of the Montaza Palace, including the Montaza Bridge and additional waterfront paths. In central Alexandria, one can put together a decent run combining Al Shalalat Park & El Qably Park, and two nearby running tracks. Runners can also do a loop around the popular Alexandria Sporting Club, which also has a running track and is near the Corniche for a longer run. Note that even though there are numerous beaches in Alexendria, most are not very conducive for running.

Note: The air can be very polluted in Alexandria. Also the weather is hot in summer, but temperatures are moderated by the Mediterranean, compared to other locations in Egypt. Alexandria has a decent public transport system, consisting of a four-line  tram system that dates back to 1860.  There is a plan to build a metro.

Some of our favorite runs in Alexandria, Egypt

The signature run in Alexandria. Fantastic waterfront path along the Mediterranean from the Citadel to Montaza Palace.... more... 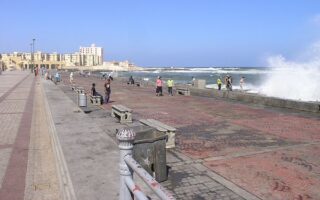 The signature run in Alexandria. Fantastic waterfront path along the Mediterranean from the Citadel to Montaza Palace. Great water views & historic sites. Up to 21 km, can be extended for another 4-5 km to Tea Island.
Explore 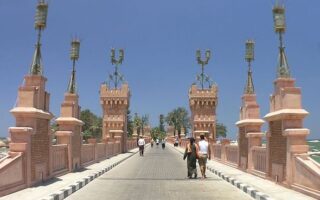 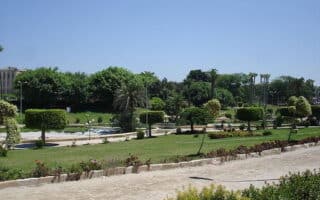 Stitch together a decent run in central Alexandria by combining two small parks, Al Shalalat Park & El Qably Park, with two nearby running tracks. They're ~1 km from the Corniche, for a longer run.
Explore 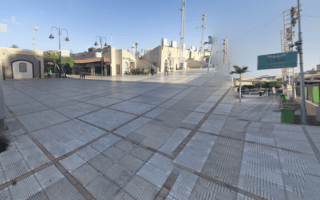 The Alexandria Sporting Club is a popular recreation & fitness facility. A decent loop around the club's paths is 2.3 km, which can be combined with a running track across the street or the Corniche path nearby.
Explore

The signature run in Alexandria. Fantastic waterfront path along the Mediterranean from the Citadel to Montaza Palace. Great water views & historic sites. Up to 21 km, can be extended for another 4-5 km to Tea Island.
Explore

Alexandria’s weather is influenced by the winds of the Mediterranean, which moderate the temperatures and add to the humidity. The weather for running is delightful year-round, though summers are hot. with daytime high temperatures in the 27-30C range (80-86F) range from May through October. Winter temperatures are mild, with days in the 18C (mid-60sF) range, and cool nights — you’ll need a layer!  Alexandria receives more precipitation than nearly anywhere else in Egypt, averaging 200mm (7.7 inches) annually — most of it November-March, There is zero rain May-September.

We recommend trying to stay at a hotel near the Alexandria Corniche if you’d like to step out your door and go for a run!

There are plenty of places to get running gear in Alexandria, with numerous outlets of major companies such as Nike, Adidas, Puma, & Under Armour.

There are also a few running-centric stores, most notably Easy Run, located near the Stanley Bridge.

Alex Runners is an active running group in Alexandria. They do group runs several times a week. See their page for info on times & locations.