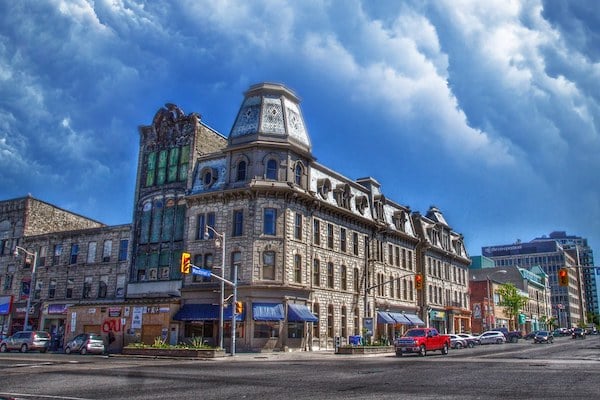 Guelph is the self-described ‘running capital of Canada’, with a fantastic running tradition, accomplished groups, and great places to run. Known as ‘The Royal City’, this city of 130,000 is located 28 km east of Kitchener and 100 km west of Toronto. The Speed River and Eramosa River meet in downtown Guelph. It’s also a university city, with 24,000 students attending the University of Guelph. There are some terrific running options in Guelph, especially for a city of its size. There’s a large network of river paths, park trails, and a spectacular Arboretum.

One of the best places to run in Guelph is the trail along the Speed/Eramosa Rivers. The Royal Recreation Trail is Guelph’s signature trail and is incorporated into several of our routes. Another favorite run is the Speed River Trail, which passes through several parks to Guelph Lake. The University of Guelph campus is pleasant for running, especially in the adjacent 400-acre Arboretum and its 12.5 km of trails. We’ve also stitched together an enjoyable 10k run incorporating several parks in southwestern Guelph.

A Via Rail station is located right downtown. There’s also a bus system in the city. Runners should be aware of Guelph’s winters, which can be cold and snowy, averaging 150+ cm (61 inches) of snowfall annually.

Some of our favorite runs in Guelph, ON

A lovely run through several parks along the Speed and Eramosa rivers, which merge in downtown Guelph.... more... 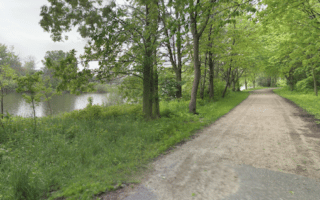 A lovely run through several parks along the Speed and Eramosa rivers, which merge in downtown Guelph. Gravel surface, featuring a nice combination of woods, water views, parks, and fields. Numerous options for loops, add-ons, or combinations with adjacent trails.
Explore 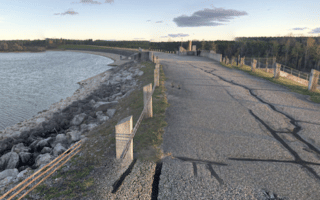 A pleasant run on the gravel Speed River Trail/ Royal Recreation Trail along the Speed River, as far as Guelph Lake. Includes the attractive Riverside Park, the Guelph Lake Dam, and a nice waterfront section along Guelph Lake.
Explore 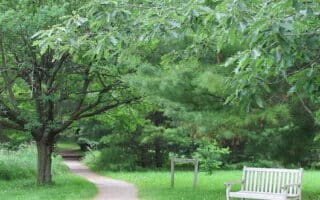 An interesting and scenic run combining the paths around the University of Guelph campus, running track, fields, and adjacent Arboretum. Located just south of downtown. The 400-acre Arboretum has 12.5 km of trails that are great for running.
Explore 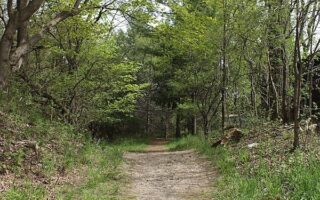 In the southwestern part of Guelph, there's a series of several parks, bound together by a section of the Royal Recreation Trail. We've created a 10k route to use as a guide, but there are lots of options here to create your own route too.
Explore

A lovely run through several parks along the Speed and Eramosa rivers, which merge in downtown Guelph. Gravel surface, featuring a nice combination of woods, water views, parks, and fields. Numerous options for loops, add-ons, or combinations with adjacent trails.
Explore

The area has a humid continental climate, with warm, humid summers and cold, snowy winters. In summer, average high temperatures are in the 26C (80F) range. Autumn is wonderful for running. At the height of winter, typical high temperatures are -3C (27F), with nights dipping to -11C (13F). The area averages 160 cm (63 inches) of snowfall. Runners should be prepared in winter.

There’s a location of the Running Room chain in Guelph.

There’s also a Parkrun on the Eramosa River Saturdays 9:00am. Meet at York Road Park.

Guelph Victors is a well-established running group in Guelph, with regular group workouts.