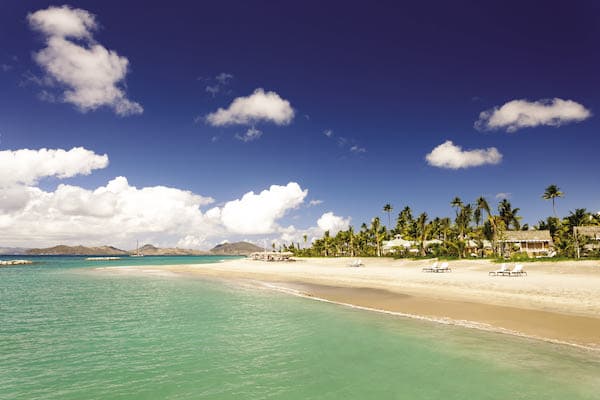 Saint Kitts and Nevis is an island country and microstate in the Leeward Islands, with a total population of 50,000. The islands are separated by a small channel. Nevis can be reached via a short water taxi from Saint Kitts. The islands are known for their pretty beaches and interior mountains. The situation for running on Saint Kitts and Nevis isn’t great. Each island has a main perimeter road that lacks a sidewalk or shoulder. The interior tends to be rugged and hilly.

Even so, we’ve researched some of the best places to run on Saint Kitts and Nevis, with a separate guide for each island. This includes the most ‘runnable’ sections of the main roads, some smaller, quieter interior roads, and the best beaches for running. Trail runners will find plenty of challenge on the trails up Mount Liamuiga on Saint Kitts and Nevis Peak on Nevis.

Runners should also note that the tropical weather is consistently hot and humid year-round. Best to run early or late and hydrate accordingly. Also, the interior of these islands can be cloudy and wet.

Some of our favorite runs in Saint Kitts & Nevis 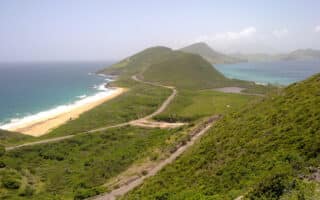 Along the Water | Hilly
Running is challenge on Saint Kits. The main road lacks a sidewalk and the interior is rugged and hilly. Best options are some waterfront & quieter interior roads in Basseterre, Half Moon Bay, & Dieppe-St. Paul's. Challenge trail running at Mt. Liamuiga.
Explore 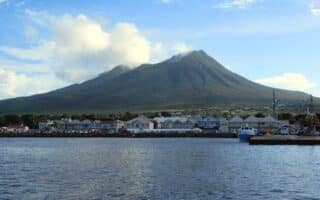 Along the Water | Hilly
Similar to Saint Kitts, the main road lacks a shoulder/sidewalk. The north and eastern sections are most runnable. Also decent running on smaller around Charlestown. There are quieter, hilly sections of roads along the base of Nevis Peak.
Explore