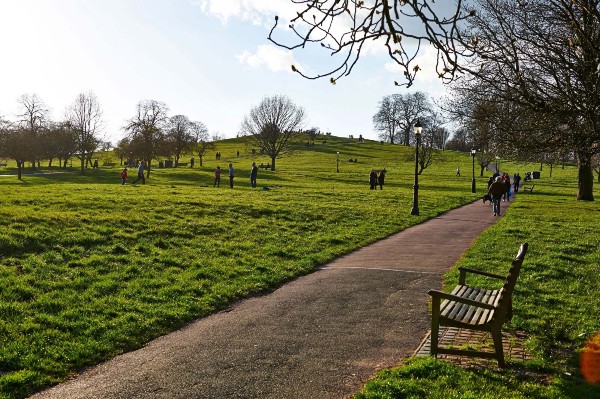 Regent’s Park, at 395 acres, is one of the Royal Parks in north west London, straddling the Westminster/Camden areas. There’s lots to see, including Queen Mary’s Gardens which features more than 12,000 roses of 400 varieties, as well as the gloriously restored William Andrews Nesfield’s Avenue Gardens. There are 100 acres of sports facilities, Open Air Theatre, and London Zoo. There’s also a sort of 1 km ‘inner circle’ running track.  It’s 0.85 miles north-south or east-west in the park. Can also be combined with Hyde Park, which is ~1 mile to the south. Primrose Hill is relatively open and gentle, with good views.

A great run is to combine Regent’s Park with Primrose Hill (0.5 miles away), which has lovely, open and gentle paths and a great view of central London from the summit. Our route includes the 2.75 mile ‘outer circle’ of Regent’s Park, although you might prefer the inner paths, such as around Boating Lake, the north-south Boardwalk Trail, or laps around the giant fields.

Add-Ons: Connect to our Regent’s Canal towpath. Can also be combined with Hyde Park, which is ~1 mile to the south.