No Thanks
Maastricht, Netherlands 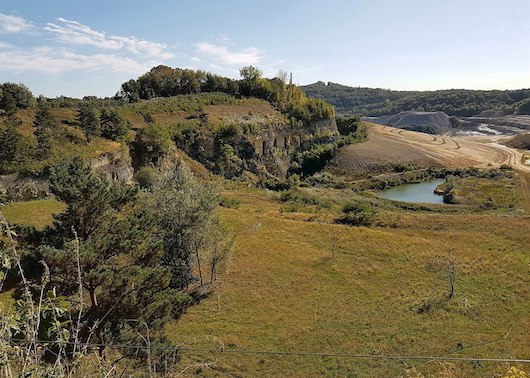 If you look at the hundreds of routes we’ve designed in the Netherlands, very few would be classified as hilly. But here’s one! Mount Saint Peter is a 171m-tall plateau that features the remains of a castle, a monastery, a fort, and other buildings. There’s also a cave under the mountain, which can be visited with a guide.

This is a park-like area with some nice trails for running — and an opportunity to get in some elevation!  The mountain/plateau itself is a bit of an industrial site. We recommend a loop starting at the northern part of the area, at the Fort. Run south on the paths/trails paralleling Mergelweg. At Devil’s Cave (Duivelsgrot) at the southern end, you’ll be right near the Belgian border, making a loop to head back north, on the path alongside Maasboulevard, with the Meuse River on the right. You’ll pass the St Pieter pilgrimage place, a museum, and a watersports club. At Villa Park, turn LEFT onto Burgemeester Ceulenstraat,  then LEFT on Bergweg and RIGHT on Observantenweg to complete the loop.

Pleasant riverside running in central Maastricht. It's quite open, with nice views of the water and the... more...