No Thanks
Mallorca, Spain 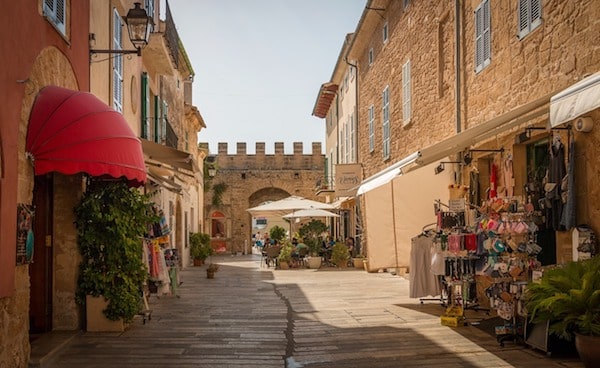 There is wonderful running in the northeast of Mallorca. We recommend a  route incorporating a ‘create your own tour’ of Alcúdia, then taking one of the pretty roads for 1.5 km down to the coast and enjoying the 4 km seaside promenade along Port d’Alcúdia.

The restored walled city of Alcúdia is located 1.5 km inland from the Port d’Alcúdia. The medieval town has remains of ancient houses and a theatre. Create your own route along the maze of narrow streets, being sure to include Carrer d’en Serra, and the Roman remains of Pollentia. Then, take one of the roads to the port — the main road is Carrer de Pollèntia, which has sidewalks and passes farms and vineyards. Even prettier is the unnamed road just to the west that passes the Roman remains of Pollentia and the Theatre (narrow, no sidewalk). At the port, enjoy the 4.3 km seaside promenade: east for 1 km to the ferry terminal, and then for 2 km south along the beach, and an additional 1 km along a lakeside path bordering the residential area (see map).

Other Area Options: Some of the roads north of Alcúdia, such as Av. Corral d’en Bennàssar, are also pretty for running, passing by farms and vineyards, with little traffic.

Paved seaside paths that are wonderful for running in the popular resort areas of Palma Nova, Port... more...

Interior ‘Walks’ That Are Good For Running

Petra to the Hermitage of Bonany has great views on this hilly run; Fontes Uranes near Campanet... more...