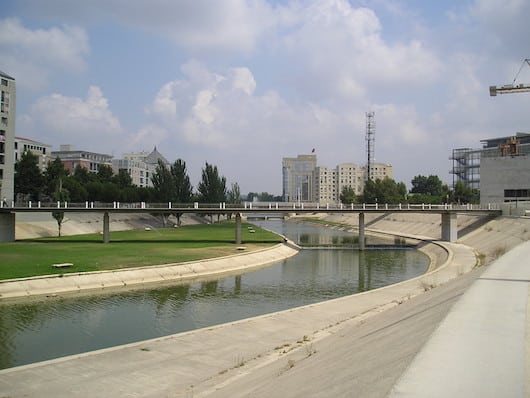 Running along the Lez River in Montpellier is a classic European river run. We’ve mapped a 10.6 km loop from the Espl. de l’Europe in Montpellier to Lattes, using paths on both sides of the river, crossing over at Ave. l’Europe.  The paths alternate between paved and dirt, with sections above and below the road along the river. There are good water views most of the way, with some sections bucolic and wooded and some others a bit of a concrete jungle. There aren’t many options to cross the river to make for a shorter loop, but of course you could do a there and back.

Longer Options: The paths continue south of Lattes to the mouth of the Lez River near Palavas-les-Flots, for 3.5 km. Note: there are paths on either side of the river, but no easy ways to cross, so you have to commit! Can also be combined with our nice Montpellier explorer route on the west side of the river, along the Esplanade to the Arc.