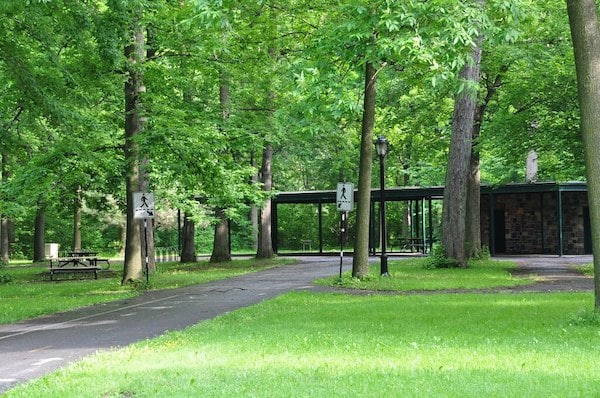 Angrignon Park is a 97 hectare (240 acre) park that has wonderful walking trails through woods and around ponds. It’s also steps from the Metro. One can do a loop of ~ 5 km (3 miles) around the park. From the park, there are two pedestrian bridges that connect to the Aqueduct Canal, which has a paved bike path alongside of it that run for several km in either direction.