A comprehensive guide to running in Montreal, Quebec 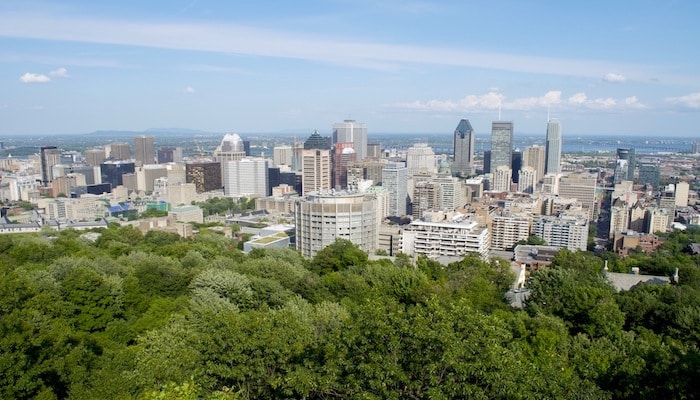 Montreal is the second largest city in Canada and one of the oldest cities in North America. The city itself is an island on the St. Lawrence River, and is framed by Mount Royal. Montreal has a very walkable downtown, filled with great restaurants, bars, and shops. With French as the predominant language, the city has a cosmopolitan flair. There’s an excellent variety of options for running in Montreal, with numerous large parks, attractive neighborhoods, and extensive multi-use paths along the St. Lawrence River and associated canals.

One of the best places to run in Montreal is on the Olmsted-designed Mount Royal park, which is in the heart of the city and can be accessed from downtown. It’s a thrill to run to the “Croix”, the cross at the summit. Other pleasant running is along the Lachine Canal, and also along the St. Lawrence River through Old Montreal and the Old Port. Just outside the city center, nice running along the waterfront in Verdun along the Lachine Rapids Path, a combo run in Angringon Park and along the aqueduct, and very scenic waterfront running in Lachine. There are also nice waterside routes on Nun’s Island and Sainte-Anne-de-Bellevue. On Montreal’s South Shore, there are waterside routes in Longeuil, Îles-de-Boucherville National Park, and the Estacade ice bridge with routes north and south of there. It’s also possible to run across the new, iconic Champlain Bridge! Scenic residential areas in Montreal for running are Westmount, Town of Mount Royal, and Outremont. On the west island, there’s nice running in Centennial Park and nearby Bois-de-Liesse Nature Park.

A few notes about running in Montreal. Winter is a defining element: Montreal is among the coldest and snowiest major cities in the world. Trails such as those along the Lachine Canal are not maintained, and are generally not run-able. On Mount Royal, there are enough runners and walkers that the snow gets packed — in fact, running there on a snowy night can be magical. Also note that some sections of the city are very hilly and others are very flat. As for transport, there’s a an excellent metro and bus system, with commuter trains serving the suburbs.

Some of our favorite runs in Montreal, QC

Along the Water | Historic / Tourist | Iconic | Multi-Use Trails | National Parks
A national historic site, the Lachine Canal is a lovely linear park, following the historic canal and its series of locks. A great run is to start at the famous Atwater Market, to its terminus in Lachine.
Explore 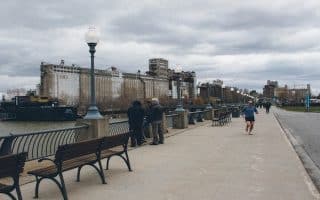 Along the Water | Historic / Tourist | Runseeing
Montreal has a wonderfully preserved and refurbished old port and old city. There are numerous running options, down to the paths in the Old Port and the “Basin de Horloge”, and passing the famous Notre Dame church.
Explore 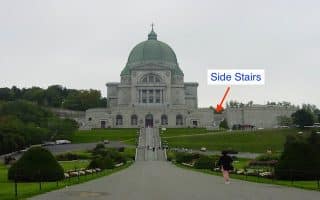 Gorgeous Residential | Hilly | Historic / Tourist | Fantastic Neighborhoods
This is a hilly but rewarding run. Climbing the stairs in front of the iconic St. Joseph's Oratory, and enjoying the residential streets and loop around the summit of Westmount -- one of Montreal's most affluent areas.
Explore 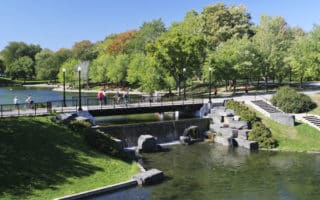 Gorgeous Residential | Parks
Lovely urban park with fields, statues, paths, and cafes. One can put together a good couple of miles within the parks's paths. For a longer run, the adjoining Plateau neighborhood is fun. Or do a bagel run to Fairmont Bagel!
Explore 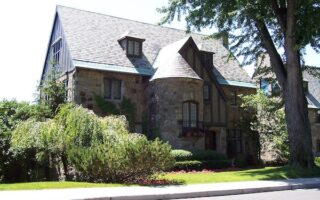 Gorgeous Residential | Hilly | Fantastic Neighborhoods
Our favorite Montreal residential neighborhoods for running are Westmount, the Town of Mount Royal and Outremont. In the city's east end, the Rosemont-La Petite-Patrie is a classic Montreal neighborhood.
Explore 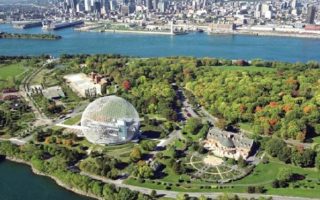 Along the Water | Great Views | Multi-Use Trails | Arboretum/Botanical Garden
Some of the most scenic running in Montreal. Gorgeous, park-like paths along the St. Lawrence River, with loops around Parc René-Lévesque and the Prom. Père-Marquette. Option to extend further west through several waterfront parks.
Explore 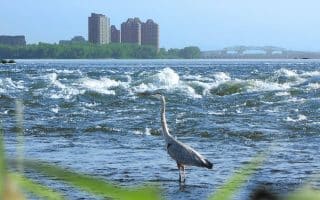 Along the Water | Multi-Use Trails
A 13.5 mile long path along the St. Lawrence River, from Verdun to Parc René-Lévesque in Lachine. Take in the magnificent views of Lac Saint-Louis and the spectacular Lachine rapids.
Explore 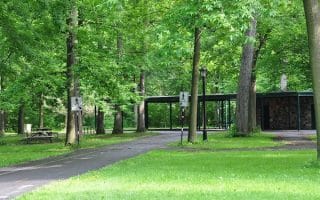 Along the Water | Multi-Use Trails | Parks
Angrignon Park has wonderful walking trails through woods and around ponds. It's nearby a metro stop. Can also combine with the paved trail along the Aqueduct Canal, and even the Lachine Rapids paths.
Explore 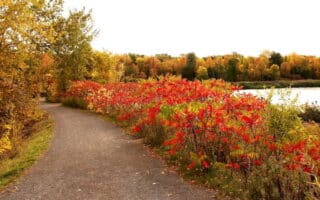 Along the Water | Multi-Use Trails
Wonderful running options on this island that sits between the city of Montreal and the South Shore. 10+ km of waterfront park paths on the island, a lovely path to Verdun, the Ice Control Structure path, and connections to the Champlain Bridge.
Explore 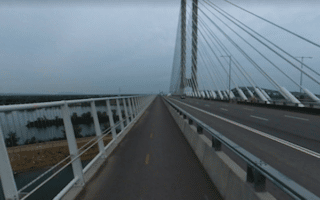 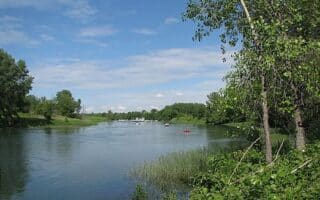 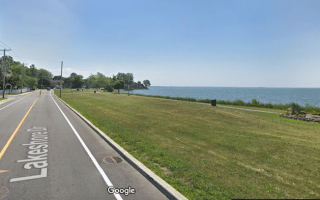 Along the Water | Gorgeous Residential
Lakeshore Drive goes for 25+ km along the St. Lawrence River from Lachine to Sainte-Anne-de-Bellevue. Many sections have lovely water views and attractive homes. We've mapped the entire route, with recommended sections.
Explore 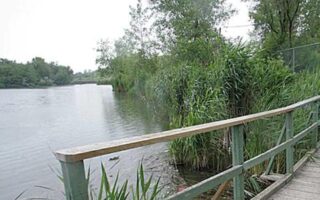 Parks | Trail Running | Near Airport
Some nice, large parks for running on Montreal's West Island. The centerpiece is Centennial Park, which features ~3 km of paths. 2 km east of there is Bois-de-Liesse Nature Park, which has 5+ km of wooded nature trails. Combine the two for a ~15k!
Explore 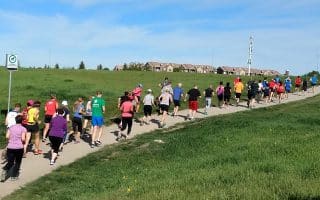 Along the Water | Historic / Tourist | Iconic | Multi-Use Trails | National Parks
A national historic site, the Lachine Canal is a lovely linear park, following the historic canal and its series of locks. A great run is to start at the famous Atwater Market, to its terminus in Lachine.
Explore

Montreal has warm to hot summers and very cold winters. Runners will have to plan for a Montreal winter, where the average low temperature in January-February is in the single digits (F) and average annual snowfall is 85 inches with consistent snow/ice on the ground from December to March.

Montreal is a fairly compact city. Access to good running routes is available from the main downtown hotels. The heart of downtown is between Atwater to the west and Bleury to the east. One can access Mount Royal, Old Montreal, and the Lachine Canal from most downtown hotels. Boutique Endurance. A great running store in the east end of Montreal that has been in operation for 30 years

There are two main running clubs in Montreal.

Club Vainqueurs. More on the eastern end of the island.