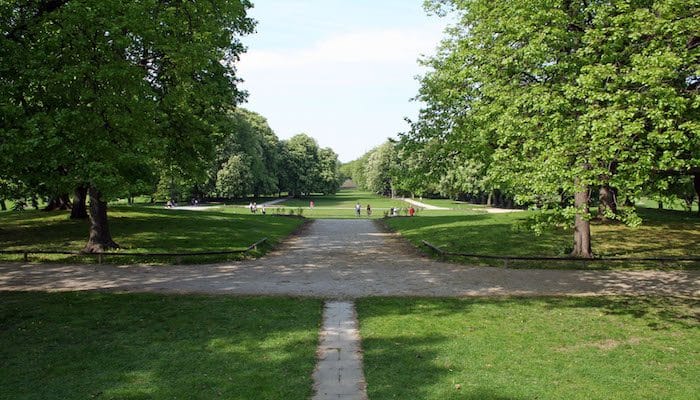 Located in between Olympiapark and the Petuelpark in Schwabing, Luitpoldpark offers tons of green space, a playground for kids, and the garden labyrinth. While this 2.9 mile route does include one fairly steep hill, you’ll get a beautiful view of downtown Munich, with the Alps in the background, once you’ve reached the top. The park is also known for its grove of 90 lime trees, to commemorate the 90th birthday of Prince Regent Luitpold of Bavaria.

With a place for almost every kind of activity, Luitpoldpark attracts walkers, runners, bikers, sunbathers, aerobic groups, football games, soccer players, and tons of people relaxing. Despite being one of Munich’s smaller parks, visitors have widely noted it as a great place to go for a beautiful and relaxed run.

Note: For a longer run, enjoy Olympiapark, accessible from the same U-Bahn station.