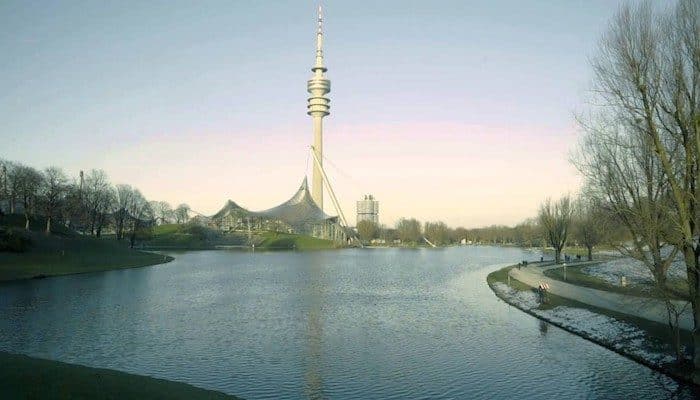 Also known as one of Munich’s most iconic running routes, is the impeccably maintained, asphalted, Olympiapark. Located in Schwabing, about 5 km from the city center, Olympiapark was created for the 1972 summer Olympic Games.

The beautiful park attracts both locals and visitors, and features a sea life aquarium, swimming pool, a small theme park, and lots of food carts. More specifically, there is a 5.2 mile paved route around the park, which will take you past the Olympiaturm, Olympia Eishalle, BMW museum, and BMW welt.

A nice add-on to this run is the ~3 mile route in Luitpoldpark, which starts from the same U-Bahn station, Petuelring, as the Olympiapark route.