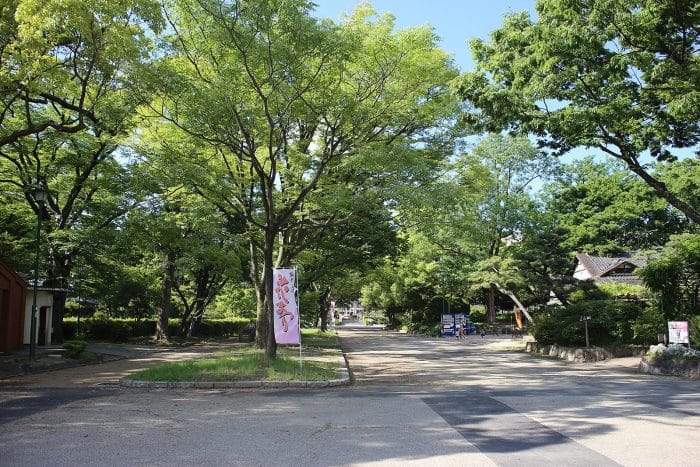 Tsuruma Park is one of the larger, centrally located parks in Nagoya. It’s a bit larger than Meijo Park. The park is famous for its cherry blossoms in April. Other attractions include a fountain, azalea gardens, the Nagoya City Assembly Hall, and a sports complex with some playing fields.

One could put together ~3 km of running within the park, including a ~2 km loop around the park’s perimeter. For a longer run, you could also include some of the paths of the adjacent Nagoya Institute of Technology. It’s not bucolic, but it’s a decent ‘off-road’ alternative. If you’d like to be adventurous, it’s about 4 km over to Meijo Park, which could make for a longer combination run.

One of the best spots for a longer, off-road run in Nagoya. Gravel paths line the Shonai... more...