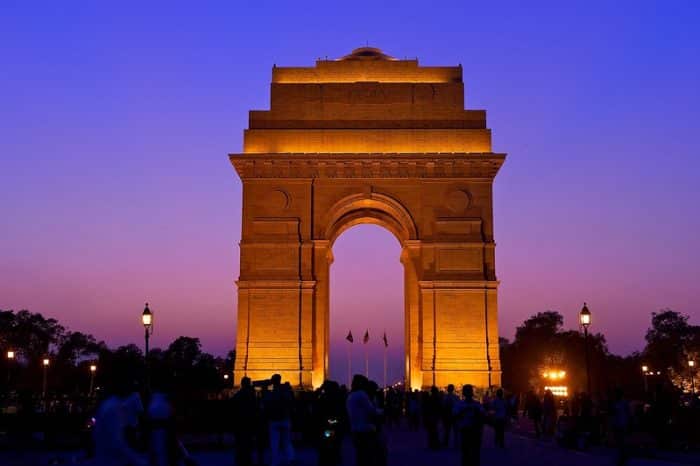 Run on one of the most important roads in India! Rajpath (known as the “Kings Way” when it was built by the British, 1914-1931) is a ceremonial boulevard just west of the Yamuna River in central New Delhi. It runs from the National Stadium, through India Gate (National War Memorial), to Delhi Rashtrapati Bhavan on Raisina Hill. The avenue is lined on both sides by huge lawns, canals, and rows of trees. It’s a popular spot for locals to run, walk, and cycle, whether in major races or for daily exercise. Cars are allowed on this 3.2 km (one way) stretch, but there is a wide dirt path alongside the street, and traffic is light early in the morning.

A good place to start is at the National Stadium, which allows runners to approach the grand India Gate, a stone-arched war memorial. There are other landmarks along the path, such as the Indira Gandhi National Centre for the Arts, National Museum, and numerous government buildings. At the west end, runners can continue out on the stone sidewalks around the gorgeous Rashtrapati Bhavan viceroy’s estate for another 1-2 km. This area is perfect for a linear out and back of up to 6.4 km, but there is plenty of surrounding parkland with side paths and trails to explore.