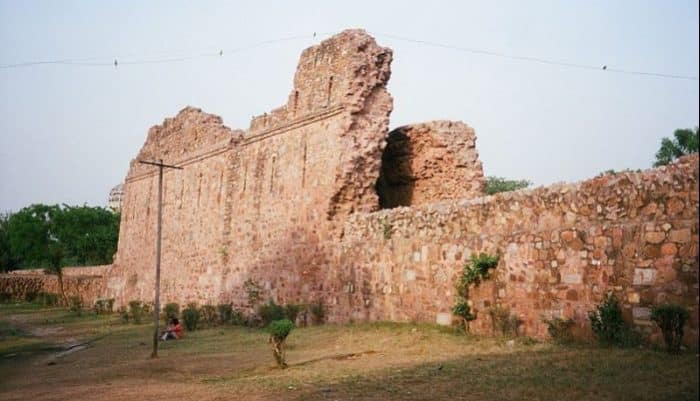 Hauz Khas is an affluent neighbourhood in South Delhi, with numerous options good options for a ‘sightseeing’ run or a jaunt through some forested paths. The heart of the area is the historic Hauz Khas Complex, which has numerous buildings built around the reservoir. There are remnants of Islamic architecture, roughly colored by splotches of urban culture. Historic Siri Fort, the second of the seven “cities” of medieval Delhi, was built around 1303 as a defense against Mongolic forces. Amazingly, parts of the structure still stand today. There are numerous opportunities to create your own route in this area. Options include:

Hauz Khas Forest/Panchsheel Park. Nice park with some wide dirt paths and roads with decent sidewalks. It’s ~2 km from north to south. making this a great spot for running in the open air. Runners can also do laps around Siri Fort Model Park, at the eastern end of the Hauz Khas Forest.

Deer Park Area. Located at the western end of the Hauz Khas area. There are paths around the Bagh-I-Alam Ka Gumbad Historical Palace, and then in Deer Park, which includes the Munda Gumbad building overlooking the park. Create your own 4-5 km run in this area, including the 1.1 km loop around the lake.