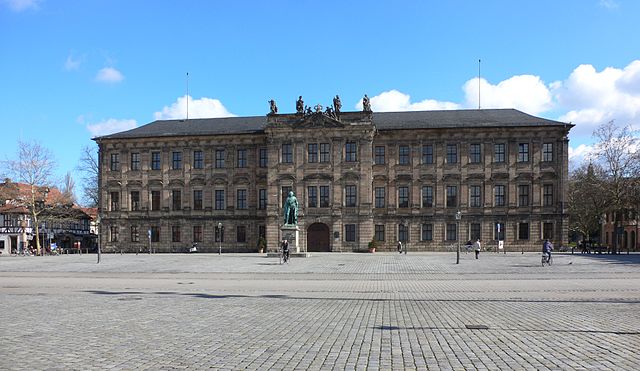 Our recommendations for the best places to run in Erlangen, located 20 km north of Nuremberg and easily reached by transport.

Central Erlangen. See our route map for a fun combination of the largely pedestrianized old town, anchored by Schloßplatz & the botanical garden, the tree-lined Nürnberger Str., running tracks in the Sportanlage area, and the popular paths in the Exerzierplatz parade ground. ROUTE MAP

West of the Highway. Just west of town, a nice combination route is possible on paths in Wiesengrund park, a path near the Bolzplatz Siedlerweg, and paths along the west side of the canal, mainly headed north (use Georg-Krauß-Straße, to a pedestrian bridge). Also a canal-side running track just off Kosbacher Damm.

This is the Great Runs guide to running in Nuremberg, the second largest city in Bavaria. Located... more...

A pleasant run in this city contiguous with Nuremberg, incorporating Stadtpark, paths along the Pegnitz River, sports... more...