Includes Routes in Nearby Fürth and Erlangen 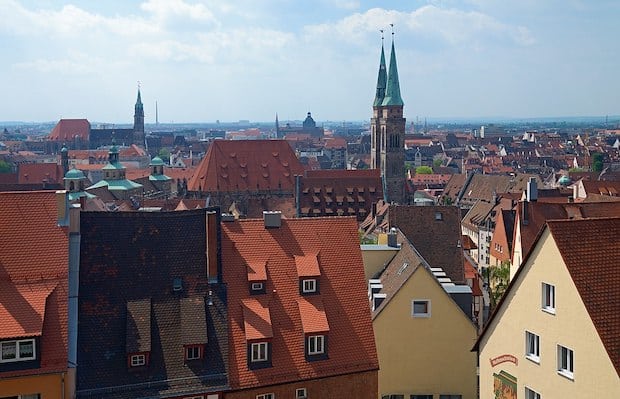 This is the Great Runs guide to running in Nuremberg, the second largest city in Bavaria. Located on the Peglitz River, Nuremberg anchors metropolitan area of nearly 1 million people when combined with Fürth, Erlangen and Schwabach. There’s some quite nice running in Nuremberg, centered on paths along the Peglitz, a lake, and several nice parks and preserves. Pro Tip: enjoy one of Nuremberg’s famous spas, post-run!

Two favorite routes in the center are paths along the Peglitz River toward Fürth, and a loop around the old city walls. One of the best places to run in Nuremberg is a loop around Wöhrder See (lake). South of town, there’s a nice run combining Volkspark Dutzendteich & Kongresshalle — the former Nazi rally grounds and now site of numerous concert halls. North of town and near the airport is the pleasant Volkspark Marienberg. A memorable run during the holiday season is through Nuremberg’s pedestrian zones, including its famous Christmas market and Handwerkerhof medieval village. We’ve also include some running recommendations for nearby Fürth and Erlangen.

The excellent transport system is a boon for running, enabling easy excursions to nearby towns and even one-way runs such as the river route to Fürth!

Some of our favorite runs in Nuremberg, Germany 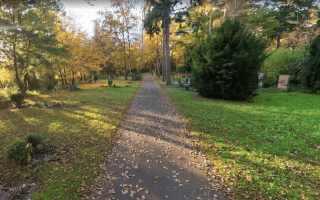 One of the more pleasant runs in central Nuremberg. The Süßheimweg multi-use path follows the Peglitz River west as far as Fürth. Combination of wooded and park-like landscape, with some water views. Add-on paths in the parks.
Explore 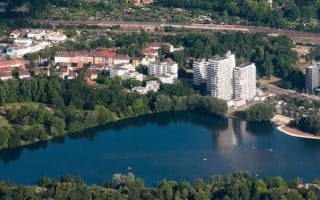 One of our favorite routes in Nuremberg. We've mapped 5k & 8k loops, following scenic paths along the Wöhrder See (lake). A highlight is the Norikusdamm, a path over the water. There are nice water views and a festive scene!
Explore 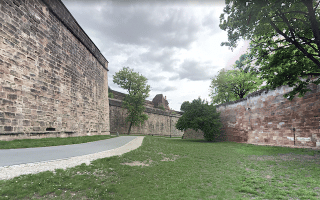 Follow the 5.6 km green strip along and around the old city walls for a fun run and a sense of Nuremberg's two old towns and key historical landmarks. It's also a good anchor for the Pegnitz River & Wöhrder See routes.
Explore

A park, a lake, historical & cultural sites, and access to three running tracks -- all in one 7.3 km loop! This route is in an area of southern Nuremberg that's home to Kongresshalle, now the site of several event venues, and the Volkspark Dutzendteich.
Explore 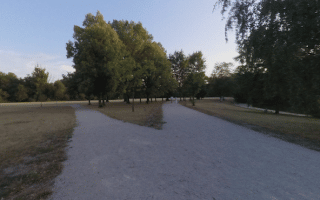 A good spot for a run in northern Nuremberg and near the airport. ~5 km of pleasant, open paths on the park, as well as numerous sports & recreation facilities.
Explore

A pleasant run in this city contiguous with Nuremberg, incorporating Stadtpark, paths along the Pegnitz River, sports fields, and a running track. Can combine with the Pegnitz River path toward Nuremberg.
Explore 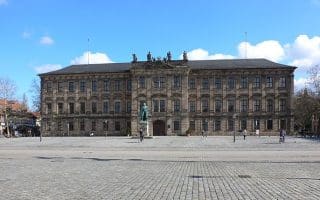 The best places to run in Erlangen, located 20 km north of Nuremberg are our route in the center of town, paths along the canal, and the extensive network of forest trails nearby.
Explore

One of our favorite routes in Nuremberg. We've mapped 5k & 8k loops, following scenic paths along the Wöhrder See (lake). A highlight is the Norikusdamm, a path over the water. There are nice water views and a festive scene!
Explore

Nuremberg has a mild oceanic climate with warm summers and cool winters. The 600mm of annual precipitation falls evenly through the year, though winters can be very cloudy. Summer high temps are 24C (75F), with nights that cool off. Winter temperatures tend to be on either side of freezing, with colder and milder snaps.

We recommend trying to stay inside of the old city walls. There are numerous accommodation options, and easy access to our main Nuremberg routes. Our other routes in Nuremberg and surrounding towns are also accessible by public transport.