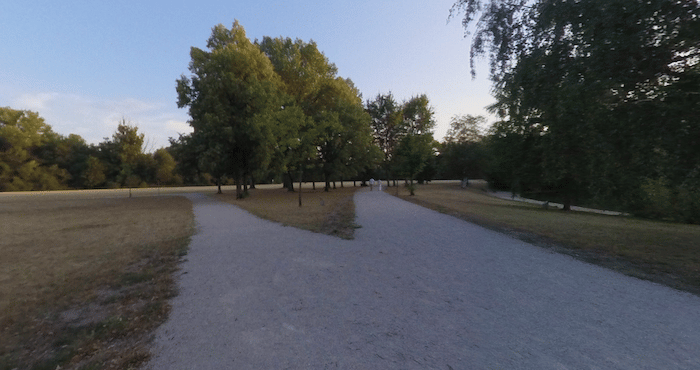 Volkspark Marienberg is a great spot for a run in the the northern part of Nuremberg. It’s also a great option for those staying near the airport. The area around the park is also home to numerous fitness & recreation facilities: tennis courts, soccer pitches, a fitness center, & more.

We suggest creating your own route in Volkspark Marienberg. There are ~5 km of mainly gravel paths. A loop around the perimeter paths is ~4 km. The terrain is fairly open. Just north of the park, across Marienbergstraße, there are numerous athletic fields & other sports facilities.

STAY: South of the airport, the Mövenpick Hotel and Hotel Alpha both are quite close to Volkspark.