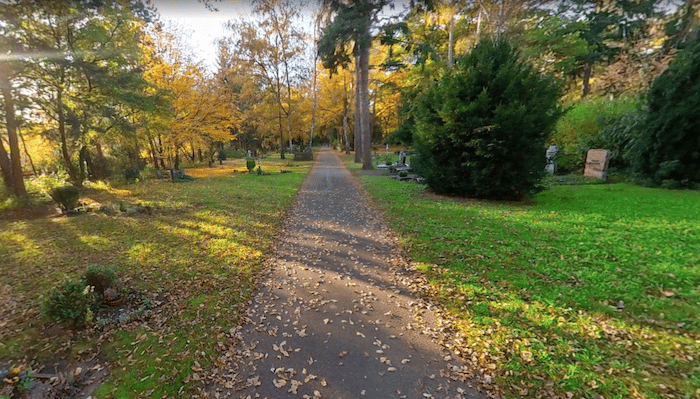 One of the more pleasant runs in central Nuremberg is the Süßheimweg, a paved multi-use path that follows the Peglitz River west as far as Fürth. The path runs along the northern side of the river. It’s a combination of wooded and open, park-like landscape, mostly away from the water. There are some water views — more so when there isn’t foliage. Pro tip: Can run one way and take the train back!

Starting near the Maxbrücke (bridge), head west briefly, cross over to the northern side on the pedestrian bridge, and continue west for up to 6.8 km toward Fürth. Landmarks along the way include the Crossbowmen fountain, and 2 km through Pegnitzauen park. The final section passes through the extensive Stadtpark Fürth, a significant city park with numerous additional paths, including a section on the south side of the Peglitz.