No Thanks
Odense, Denmark 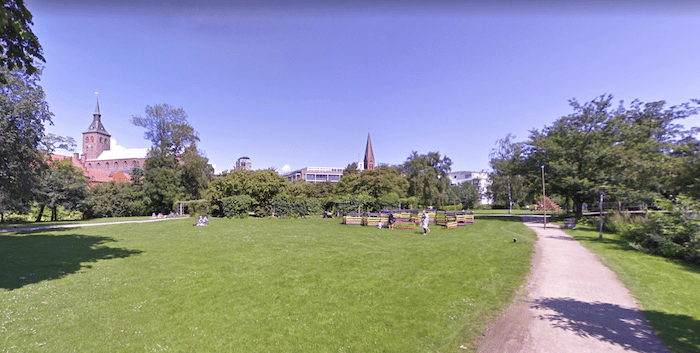 One of our favorite runs in Odense is to combine Munke Mose Park with paths headed south along the Odense River. It’s up to 4.5 km one-way, and is basically one large green space. Surface is mainly gravel. There are great add-on options as well.

Start near the Odense Cathedral/City Hall with a short loop around scenic Eventyrhaven Park, and then head south on the river paths. The first section is through Munke Mose Park, a wetland park on a former factory site, with iconic statues like The Little Mermaid. Continue south, crossing over to the west side of the river. You’ll cross the main 02 road, passing the Odense Zoo. Our route ends at Fruens Bøge Park. There are views of the river along the way, some more wooded sections, and additional paths in the parks.

Add-Ons: The river path also heads east for 5 km toward Åsum (it’s narrower). At the north end of the route, additional paths in Ansgar Anlæg park, just west. At the end of our route in Fruens Bøge, head east into Hunderupskoven and our SDU Campus route. Or, continue south into Klosterparken park, where you can pick up a bike path that goes further south.

Among the most scenic runs in the Odense area. You can run north of the city along... more...