No Thanks
Oregon Coast, OR 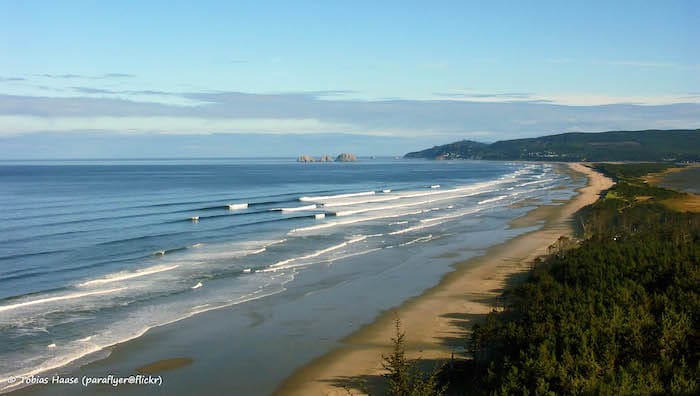 There’s some wonderful running in the 20-mile stretch between the Bayocean Peninsula in Cape Meares and Cape Lookout State Park: beaches for running, forested trails, some quieter waterside roads. and some more challenging trail running.

Beach Run: The running highlight here is the 5.4 mile coastal trail on the beach. Cruise along the Pacific Ocean on hard-packed from Cape Lookout State Park to the end of the Netarts Bay. A gravel trail at the southern end rides just above the beach for ~ 1 mile.  ROUTE MAP (One-Way)

Trail Run: More than eight miles of hiking and walking trails wind through a lush old-growth forest. Best for running is The Cape Trail — a 5-mile out and back moderate trail run to the tip of Cape Lookout.  TRAIL INFO

All Oregon Coast, OR Routes
wpDiscuz