No Thanks
Reims, France 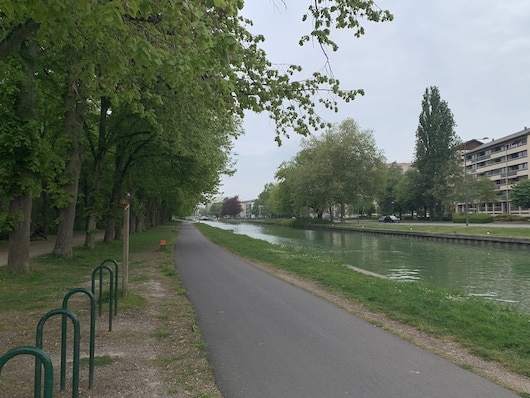 One of the centerpieces of running in Reims is the path along the Canal de la Marne à l’Aisne. Called the All. de Tilleuls, the multi-use path runs for many km along the south bank of the rather narrow Canal, off of which flows the Vesle river in central Reims. There are nice views of the water the whole way. It’s part paved and part gravel. Note: Pont=Bridge.

The path starts just across from the Jardin Pierre Schneiter (there’s a pedestrian bridge off Ave. Brébant), or access from the bridges south of Pond de Vesle. Head south for up to ~7 km to Chem. de Saint-Léonard, where there’s a parking lot. One can continue south of there, along Rue de Marais. It’s also possible to run along the north bank of the canal, on paths alongside the busier Quai roads, as far as the N2244.