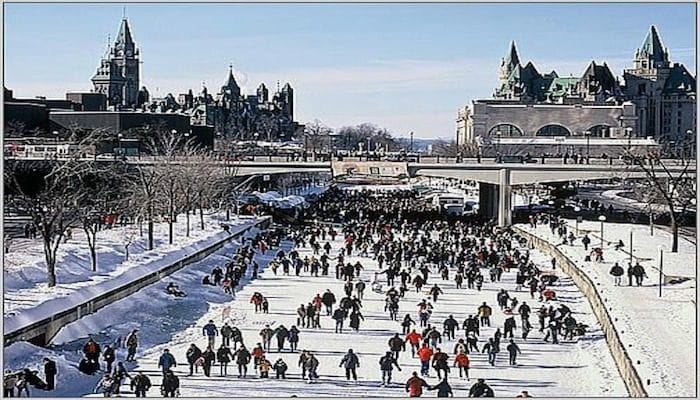 The Rideau Canal is a World Heritage site and the path along it is one of the signature runs in Ottawa. There are dedicated running paths along the eastern and western sides of the canal, stretching nearly five flat miles from Confederation Park/University of Ottawa (just east of Parliament Hill) to Mooney’s Bay Park. The canal is narrow and there are numerous crossings & bridges along the way. Note: Sections of Colonel By Drive are closed to cars on Sundays, which is a bonus for runners. We’ve compiled a few running options for the Canal Paths. Some sections, especially the paths closest to downtown and Parliament Hill, are maintained in the winter. Note also that in winter, the Canal itself becomes the longest maintained skating rink in the world — and there’s lots of infrastructure along the path that skaters (and runners) can avail themselves of: changing rooms, warming huts, hot drinks, and so on. Very festive!