A comprehensive guide to running in Ottawa, Ontario 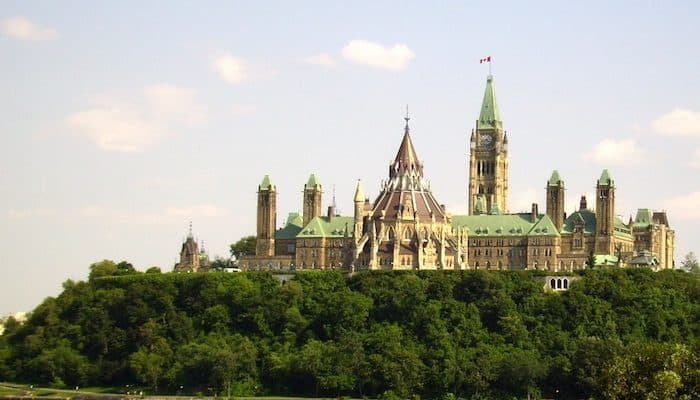 Ottawa is Canada’s national capital. The greater Ottawa area, which includes Gatineau, Quebec, is home to about 1 million residents. It’s a modestly sized, quiet city, with few high-rises, and countryside just a few minutes out. There’s fantastic running in Ottawa, with hundreds of km of multi-use paths looping around the city’s important sites and along the Ottawa River, the Rideau River, and the Rideau Canal. The anchor is the Capital Pathway Network, consisting of more than 100 miles of mostly paved trails linking sites, parks, and waterways in the ‘National Capital Region’, as it is known.

Running highlights in Ottawa include a tour of the main National Capital sites and important museums; lovely paths on either side of the Rideau Canal; paths along the Rideau River and the Ottawa River; the Experimental Farm Pathway near Carleton University; and trail running in Gatineau Park. Most of the running right in Ottawa is generally flat, but it becomes progressively hillier out toward Quebec and the Gatineau hills. The Ottawa River separates the Ontario and Quebec sides: eastern side is Ontario, and western side is Quebec.

Ottawa is fairly compact, so most of the iconic routes are accessible from the main downtown hotels. Public transportation consists mainly of bus routes, run by OC Transpo on the Ontario side. There is also a light rail system called the O-Train, which is currently being expanded. Note: Ottawa is among the coldest capital cities in the world. Winter is the real deal here, with lots of snow and frigid temps. Come prepared.

Some of our favorite runs in Ottawa, ON

Along the Water | Iconic | 'Unique' Runs | Classic River Paths
The Rideau Canal is a World Heritage site and the path along it is one of the signature runs in Ottawa. We’ve mapped out several loop options.
Explore 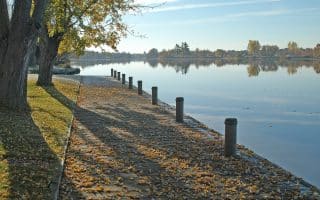 Along the Water | Multi-Use Trails | Classic River Paths
Another pleasant, paved pathway, following the Rideau River for up to 11.7 km from Rideau Falls to the confluence with the Rideau Canal at Hogs Back Falls.
Explore 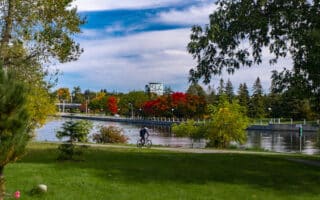 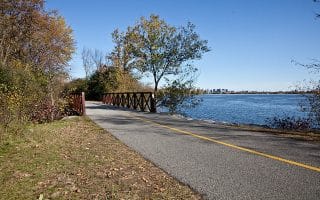 Along the Water | Gorgeous Residential | Multi-Use Trails | Fantastic Neighborhoods
Pleasant multi-use path along the Ottawa River extending east from Rockcliffe Park for up to 13.5 km. Add on with your own route through the bucolic Rockliffe Park neighborhood.
Explore 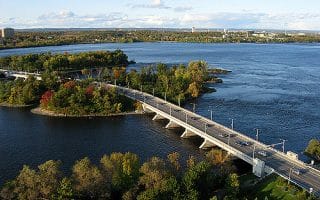 This is a spectacular route with great views and variety, skirting the two provinces. Use Champlain Bridge to run between the Quebec and Ontario sides.
Explore 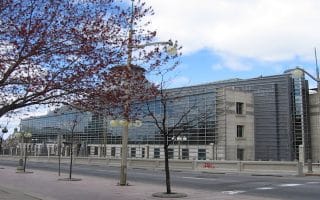 Gorgeous Residential | Historic / Tourist | Fantastic Neighborhoods
Ottawa is home, naturally, to many major embassies. We have put together a route that passes many of the major embassies, starting at Parliament Hill.
Explore

Multi-Use Trails | Trail Running | Foliage | Iconic Parks
Gatineau Park is a great destination if you have time. There are several lakeside beaches, and more than 100 miles of paved and unpaved trails for walking and running.
Explore 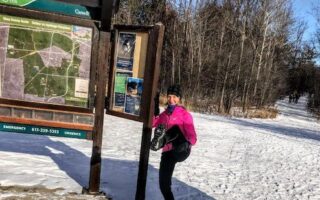 Trail Running
Located 15 km south of Ottawa between Nepean and Kanata, Stony Swamp is a network of beaver ponds, wetlands and forests, with 40 km of trails. A mix of nature trails, cycling trails, and trails that are easy-to-moderate trail running.
Explore 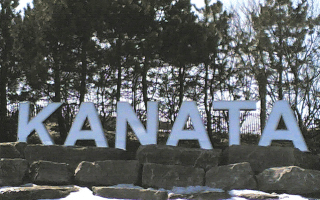 Along the Water | Iconic | 'Unique' Runs | Classic River Paths
The Rideau Canal is a World Heritage site and the path along it is one of the signature runs in Ottawa. We’ve mapped out several loop options.
Explore

One particular note about running in Ottawa: winter. Ottawa’s winter climate is among the harshest of any major city, with nearly 100 inches of snow annually and temps below freezing from mid-November until March. This makes for some gorgeous winter running, as well as other recreational opportunities such as skating and cross-country skiing. However, be careful about icy conditions. Some of the pathways are cleared and maintained, but not all. So bring your Yak Traks and dress warmly! Also note that some pathways, particularly in Gatineau Park, might favor X-C skiers in winter and running might be prohibited.

Ottawa’s climate has a bearing on runners. Winters are among the harshest of any major city in the world. Average high temperatures in January are about 20F (-6C), and lows are close to 5F (-15c). Temps can stay blow freezing for weeks at a time from December until March. Snowfall averages nearly 100 inches per winter. What does this mean for runners? Surfaces can be snowy and icy. Winter running in Ottawa can also be unique and beautiful, with snow-lined paths and frozen rivers. In fact, the Rideau Canal is the longest longest maintained skating path in the world. Summers are very pleasant for running, with high temps averaging around 80F (26C) and lows around 60 (15C). Fall is also gorgeous, as the maple trees turn. It can get pretty chilly by October, so bring layers.

Most of the hotels in Ottawa are clustered downtown near Parliament to the south of Colonel By Dr, in the Queen St., Elgin St., and Laurier Ave. areas. Think of a square between Wellington to the north, Colonel By Dr., Bay, and the Trans Canada Highway. There are also some hotels right near the University of Ottawa. There is also a cluster of hotels just across the river in Hull, Quebec. All of these hotels are located within a mile or two of most of the iconic running paths in Ottawa.

Some of the more well-known and run-friendly hotels are: The Westin, Lord Elgin, the Fairmont Chateau Laurier, and the more modern Arc Hotel. Running Room is the major running store outlet in Ottawa, with 6 locations. The most centrally located are on Slater St. near Parliament Hill or on Bank St. Thanks especially to Phil Marsh, Regional Manager for Running Room, for his help with this post.

Sports 4 is the other centrally located running store.

Group Runs: All Running Room stores have group runs Wednesday 6pm or 6:30 pm and Sunday 8:30 am.

Army Run. Ottawa’s version of the Marine Corps Marathon. Wonderful running event, nearly 30,000 participants. Also multiple events over the weekend. A chance for the troops to extend the military esprit de corps to Canadians and to thank them for their support. And, it’s an opportunity for Canadians to say thanks to the men and women who serve them in so many ways at home and abroad.