No Thanks
Saint John, New Brunswick 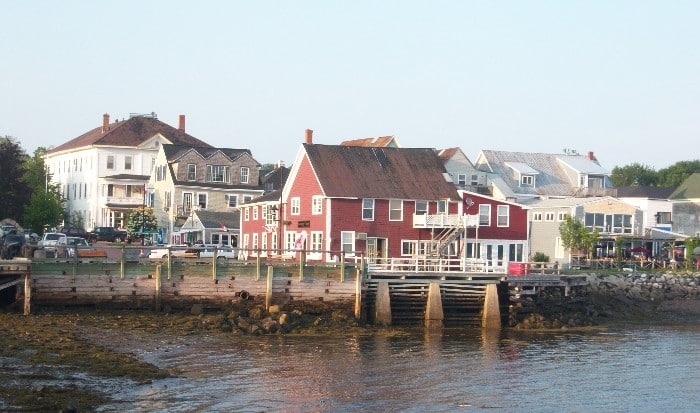 Saint-Andrews-by-the-Sea is one of the top vacation destinations in New Brunswick, just 100 km (1 hour) down the coast from Saint John. The area is known as an opportunity to view some of the highest tides in the world. It’s an attractive and historic spot, and very walker friendly. Runners will find some good options here, including the opportunity to not only view but benefit from the tidal phenomenon!  The routes below can be run standalone or in combination. NOTE: Consult the tidal charts. You could get caught!

Ministers Island: This run is only accessible at low tide, but that’s what makes it so unique! Follow Bar Road out of town to the 1 km Ministers Island Gravel Bar that appears when the dramatic Bay of Fundy tide goes out. The bar will take you to Ministers Island, which boasts the Van Horne Estate and a 7 km gravel perimeter path. Water views some of the way. Be sure to also plan your return trip for low tide. Overall, there are 20 km of trails on Ministers Island. ROUTE MAP. TIDE SCHEDULE.

Water Street: Water Street is a historic street in St. Andrews, looping from the St. Andrews Blockhouse National Historic Site through downtown and along the shoreline to Pagan Point Nature Reserve. Starting from Centennial Park and combined with Prince of Wales Street and Harriet Street, the route forms a perfect 5 km around town. For a longer run, use the Saint Andrews Trail/Van Horne Trail or run out to Ministers Island.  ROUTE MAP.

Saint Andrews Trails. There’s a nice network of trails and paths in St. Andrews, as shown in this trail map. Enjoy the Van Horn Trail from Water St. to Katy’s Cove and then to Bar Rd. Here, you can head east to Ministers Island or connect to some other public trails. Further north, there’s also lovely 2 km public path along Chamcook Lake. TRAIL MAP. TRAIL INFO.

Note: Google Maps shows a ‘St. Andrews Trail’ along former rail tracks headed north from St. Andrews as far as Lawrence Station, but several sections pass through private land and it is not actually a continuous trail as it appears on Google Maps.

Experience the working waterfront of Saint John on this paved multi-use path along the Saint John River.... more...

One of the largest municipal parks in Canada, and the go-to spot for recreation in Saint John,... more...