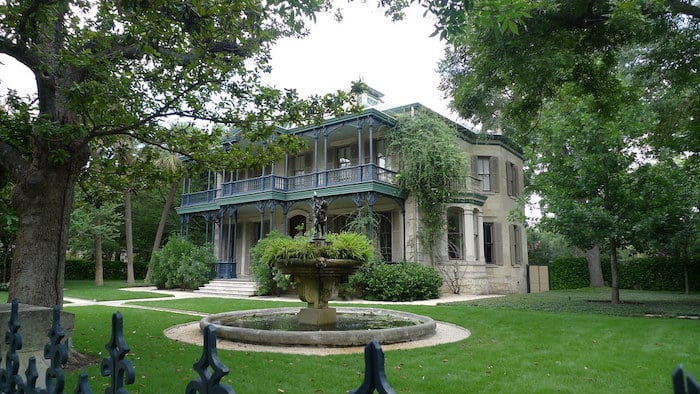 San Antonio has some attractive neighborhoods for running, which make for a nice variation from the River Walk and the city’s signature parks. We prefer the older, historic neighborhoods closer to downtown. The tree-lined streets offer some shade during San Antonio’s brutally hot summers!  Note: we only include neighborhoods that are publicly accessible, noting that some of San Antonio’s fanciest neighborhood are gated communities.

King William/Southtown/Lavaca. Fun, historic neighborhoods off the River Walk near downtown. King William has some ornate 19th-century mansions and a fun indie arts scene. The adjacent Lavaca neighborhood is also enjoyable for running, as is Southtown. In Southtown, do a loop involving St. Mary’s St. south to Eagleland to Mission to King William or explore additional streets. See map.

Stone Oak. This is a newer area, 15 miles north of the city, and is more of a series of neighborhoods. Winding, hilly, quiet roads, with large homes. The area starts north of Highway 1604 (North Loop Rd.). Panther Springs Park, in the west side of the neighborhood, has some good paths and trails for running with good views.