Our Guide to Running in San Antonio, including suburbs and residential neighborhoods 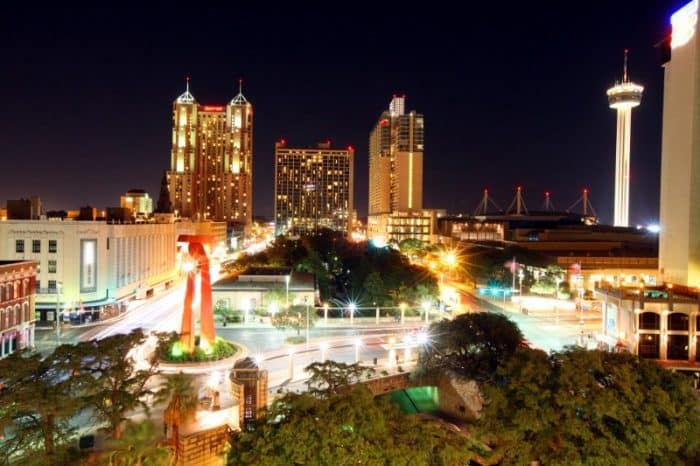 Fast-growing San Antonio is now the 7th-largest city in the United States. The city has a rich and varied history, with the iconic Alamo, located downtown, as are other historic landmarks including the 17th century missions and the San Fernando Cathedral. The city is large and sprawling. There are good running options for running in San Antonio’s downtown, as well as numerous parks and greenways outside the city core.

The centerpiece of running in downtown San Antonio is the famed River Walk, though it can get crowded. We’ve also put together a San Antonio Highlights tour, including some historic residential neighborhoods. For quieter, less city-congested runs, we recommend Brackenridge Park and Olmos Basin Park are close to downtown. The Alamo Heights and Terrell Hills residential neighborhoods are great for running. Further out, just past the airport, are McAllister Park and Eisenhower Park, and opportunities to get a taste of Texas Hill Country running. Eisenhower Park is also the northern terminus of the Salado Creek Greenway, which connects several parks east of I-10. West of I-10, the Leon Creek Greenway runs for 20+ miles. A favorite section is between Bandera Rd. and Highway 53 (just east of UT San Antonio).

Notes: San Antonio is spread out and car-centric. Also, runners should note that the weather is generally sunny year-round, but is brutally hot from June through September.

Some of our favorite runs in San Antonio, TX 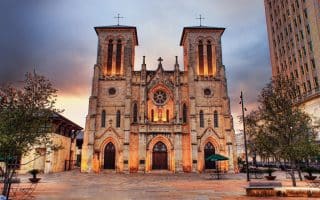 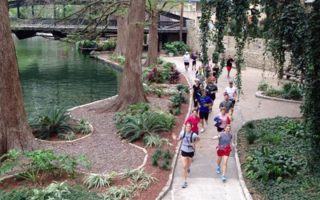 Historic / Tourist | Iconic | Multi-Use Trails | Classic River Paths | Rails-to-Trails
San Antonio’s signature running trail and a top tourist attraction. There are ~15 continuous miles. We provide a map of the entire River Walk, plus a 6 mile round trip route, passing by many of the city’s top attractions.
Explore 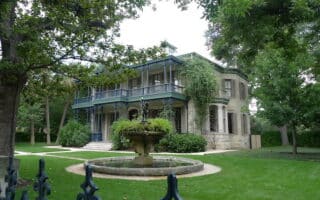 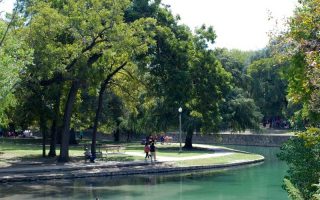 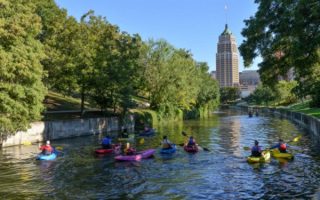 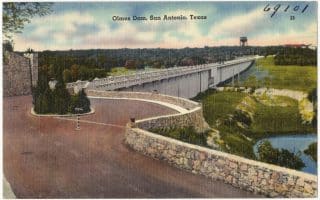 Gorgeous Residential | Hilly | Historic / Tourist | Fantastic Neighborhoods
A hilly run topping out at 817 feet, the Olmos Dam allowed for the renovation and restoration of the San Antonio River after the great flood in the early 20th century.
Explore 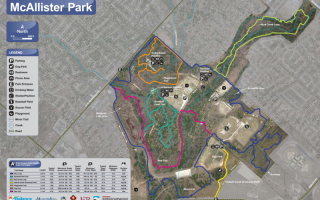 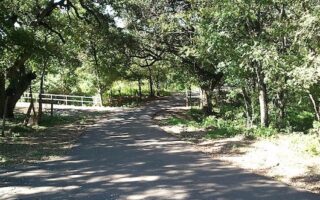 Multi-Use Trails | Parks | Rails-to-Trails
A 28-mile long paved multi-use path in northern San Antonio that can be run in its own right or used to connect several parks. Divided into a northern and southern section. Lovely greenery and some sections with water views.
Explore 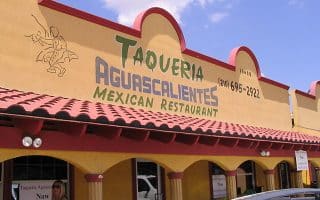 Gorgeous Residential | Hilly
A taste of Hill country close to downtown, near UT San Antonio. This hilly, neighborhood run starts at the popular Hills and Dale biker bar, next to Aguascalientes Taqueria, which is famous for breakfast tacos (do the run first!).
Explore 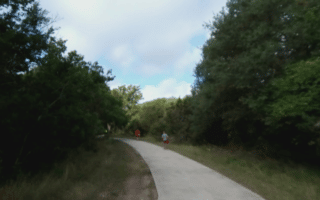 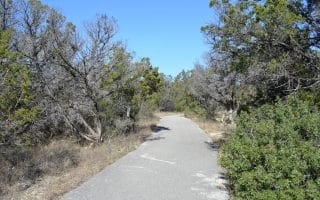 Parks | Trail Running
Located just west of the airport, Eisenhower Park has 5 miles of trail runs– but bicycles are not allowed!
Explore

Historic / Tourist | Iconic | Multi-Use Trails | Classic River Paths | Rails-to-Trails
San Antonio’s signature running trail and a top tourist attraction. There are ~15 continuous miles. We provide a map of the entire River Walk, plus a 6 mile round trip route, passing by many of the city’s top attractions.
Explore

The weather in San Antonio is fantastic for running, mild to warm, between October and May. The summer months are hot but not quite as brutal as other Texas cities. Snow and freezing temps are rare. Geographically, the city is fairly flat, but there are hills just beyond the city. 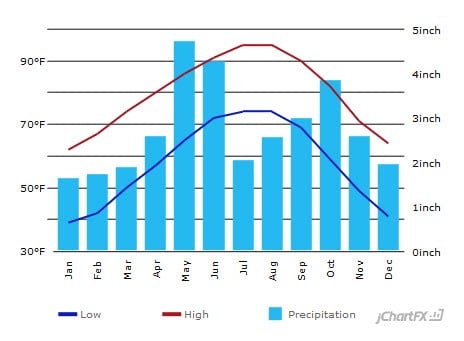 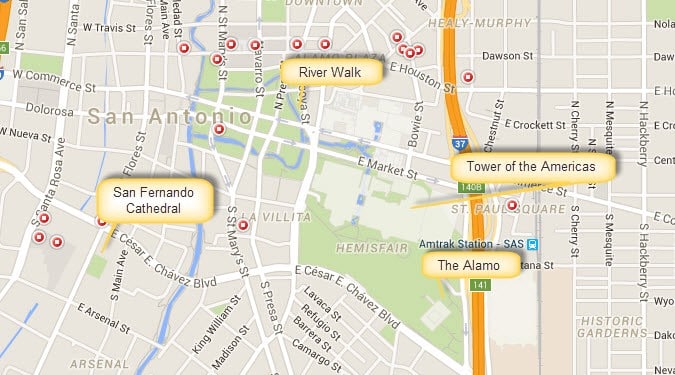 Soler’s Sports — Alamo Heights. Specialized for triathletes.
Group Runs: Sunday mornings, with up to 80 people of all levels and ages attending, and fun runs on Wednesday evenings of 4–5 miles.

San Antonio Road Runners has an active group. Click on ‘where we run’ for additional running route options.

Humana Rock ‘n’ Roll Marathon. December. Starts and finishes at the Alamodome, the race winds through the city, passing major landmarks and neighborhoods such as The Alamo, Trinity University, the Blue Star Arts District, Padre Park and Mission San Jose, and the Riverwalk.
Also held on the same day are a half marathon, 10K, 5K, Relay, and Kids Rock race.

I Ran Marathons Park Series – A series of eight marathons held over the course of eight days in San Antonio in mid February. Participants can choose to run all eight, or a combination of each. Also included are half marathon and 10K options.

Alamo 13.1 Half Marathon – March.Begins and ends in front of the historic Alamo, and is started off with a cannon blast.

Carnival of Venice Half Marathon – Just before the annual four-night Fiesta Celebration, this half marathon will be held for the first time in 2016. Started in 1891 to honor the battles of the Alamo and San Jacinto, the purpose behind Fiesta San Antonio has changed over the years to now commemorate a celebration of the city itself. A 5K will also be held the same day.

Spectrum Trail Racing Series – A series of trail racing events throughout Texas (and some beyond), these races are held throughout the year and vary in length from 10K to 50K.