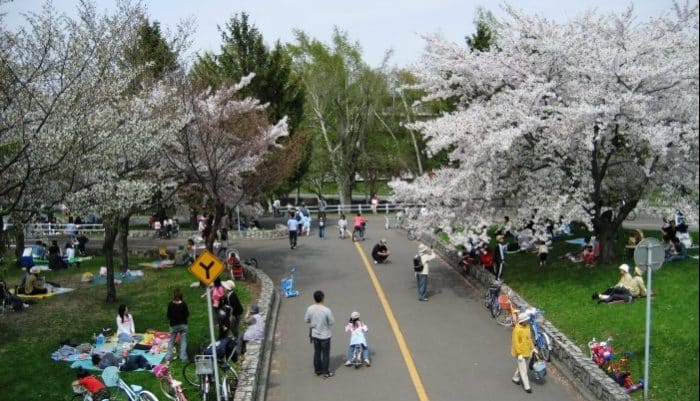 The Shin River’s mouth is near Otaru, but it branches into two separate branches (the Kotonihassamu River and the Kotoni River) near Hassamuseiryo Park. It also branches into the Kei and Nakano Rivers closer to Teine. All of these rivers are lined with pathways, although none are as scenic or good for running as the Toyohira River Path. Still, they are good options for runners seeking a longer distance pavement run through the city. The paths make a nice add-on to the Hokkaido University or Toyohira River routes, especially for those in the southwest areas of Sapporo.

Kei and Nakano Rivers Path MAP. Starting near Maedaryokuenaozora Park in the Teine Ward, there are paths along the Nakano River for a ~5 km loop, with an option for a ~4 km spur out the Kei River. Flat.

The top running route in Sapporo, this paved multi use path stretches over 25 km along the... more...