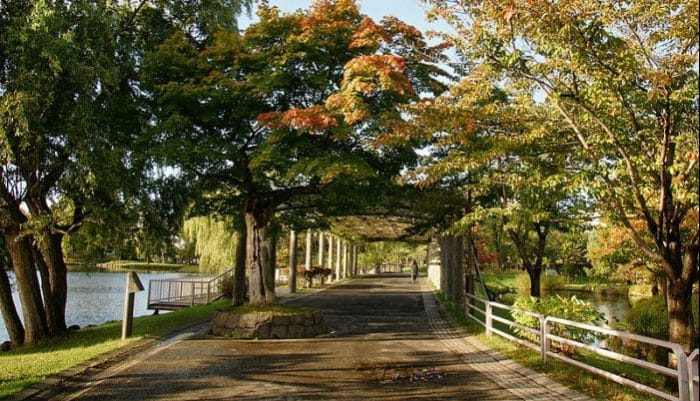 Without a doubt, the top place to run in Sapporo is the long paved pathway along the Toyohira River and its many linear parks. It’s the highlight of the Sapporo Marathon, and is great for an out and back of any length. The northern end path starts near the east end of the river where it flows into the Ishikari. From here, it carries along the north bank for approximately 25 km to Ishiyamakiti Park. On the south bank, paths are more intermittent, but go for about 15 km between Makominai Park and the Tsukisamu River.

Other good options on the north end of the trail are Ryokuchi Park and Toyohiragawakariki Kasen Health Park.