No Thanks
Seoul, South Korea 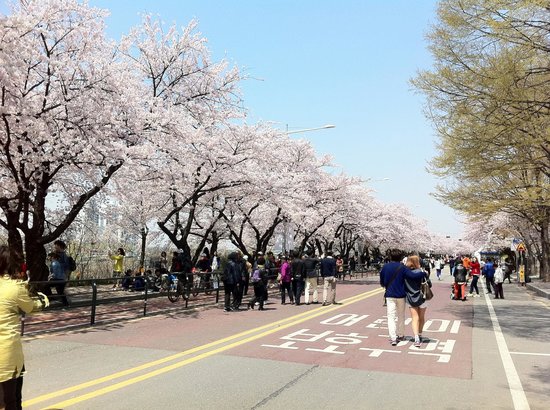 Hangang Park, located on Yeouido Island, is a large, popular park on the river featuring scenic views, plus running paths and a swimming pool. It’s a little over 3k (2 miles) from one end of the park to the other, and one could do about 5 miles around the perimeter of the park. The park adjoins the National Assembly, built in the 1970s, and several other important buildings, such as the Korea Development Bank. There’s a “mall-like” park, which runs just across Yeouiseo-ro, for a little over 1km in each direction, with the the Korea Development Bank just to the west. Yunjunro Street, behind the National Assembly Building, is famous for its cherry blossom trees, which line up for nearly 6km.

The paths along the Han River (Han-Gang) are one of the most popular running spots in Seoul.... more...