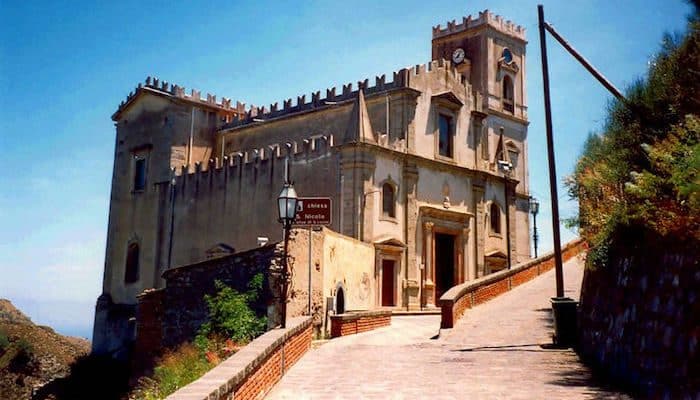 It’s nearly impossible to visit Sicily without evoking dialogue from Francis Ford Coppola’s acclaimed mob drama. You’ll find plenty of “Godfather” paraphernalia in Sicily’s souvenir shops, but for an authentic tour of the trilogy’s Sicilian filming locations, try this tour of Forza d’Agrò and Savoca. Coppola chose these locations because they were less developed during the ‘70s than the actual town of Corleone where the story takes place. Both villages lie just north of Taormina, near the island’s east coast.

Start out in Savoca where you can see the Chiesa di San Nicolo, the Church of Santa Lucia (where Michael Corleone is married) and visit Bar Vitelli. Use Via S. Michele, then south on via Pentifurri for about 1 km. At the 2k mark, follow Rue Inferiore to SP 18 and then make your way downhill on SP18 (it’s a pretty narrow road with little shoulder, but traffic is minimal). Turn LEFT along the canal in San Francesco di Paulo, follow for ~2 km,  and use Via Agro to connect to the Via Lungomare. Take this lovely waterfront path for about 1.7 km until its end, then climb SP 16 for 5 km up to the village of Forza d’Agrò. Here, you can visit the Church of Sant’Agostino (where Michael is first pictured arriving in Sicily) and some of the beautiful streets that appear in the films. This tour is a hilly 13 km one way, so many runners may want to hire a ride back to the train station.

The beachside community of Giardini Naxos, a popular resort destination, has a great lungomare spanning the coast... more...